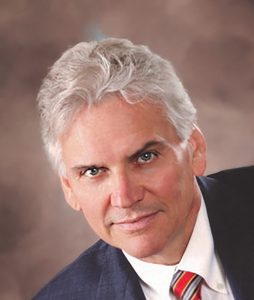 Born in Hartford on June 29, 1948, the son of the late Selden K. Griffen Jr. and Vera Mae (Nystrup) Griffen, he was a former resident of New Britain, Conn., moving to Kensington, Conn., in 1996. Ken was a graduate of the Mooreland Hill School, New Britain High School, and the University of Connecticut.

After college graduation he joined his dad in the world of finance, at Advest in New Britain. Ken went on to become a senior vice president at both Merrill Lynch and Janney Montgomery Scott, where he was a senior member of the Seaport Wealth Management Financial Advisory Team. Ken had a passion for music, and he was a working musician from his teenage years until his death. His high school band, the Ogres, spent a memorable summer in 1966 on Martha’s Vineyard. Thrilling for a bunch of teenagers from New Britain! Ken started out as a guitarist, but found his place as a stellar piano player/keyboardist, harmonica player, and singer. He was a founding member of the legendary Connecticut rock band Fountainhead, which started in 1974 and is still going strong. Ken shared his love of playing in the band with his daughter Virginia, and they performed together over many decades.

Enchanted by the Vineyard, years later Ken and his wife Donna bought a home there, and during his summer stays, Ken performed at many venues on the island. Music was elemental in Ken’s life; his joy, his freedom, his means of expression.

Community was very important to Ken. He was generous and put service to others above himself. Ken was the current vice president of the New Britain–Meriden YMCA, past president and member of the New Britain–Berlin Rotary Club, and was on the boards of many philanthropic organizations. He was on the vestry of St Mark’s Episcopal Church, and a longtime member of the Shuttle Meadow Country Club Round Table. He was a board member of the East Chop Beach Club, and active in many organizations on Martha’s Vineyard.

Ken’s family knew him as the keeper of memories and photographs. He was the family historian and the go-to guy if you were researching anything about the past. He was also the one who brought everyone together. Above all, family was everything to him.

Funeral services were held Saturday, March 3, at St. Mark’s Episcopal Church in New Britain. Burial will be in Fairview Cemetery at the convenience of the family. There was a celebration of Ken’s life at Shuttle Meadow Country Club following the funeral service.

In lieu of flowers, donations may be made to the Rotary Club Foundation, 14280 Collections Center Dr., Chicago, IL 60693, or to the New Britain–Meriden YMCA, 50 High Street, New Britain, CT 06051. Please share a memory or note of sympathy at carlsonfuneralhome.com.