Cramped, condemnable housing has defined the standard for employees living on Martha’s Vineyard for too long. Scott Little, president and CEO of Kelley House, wants to put an end to that, starting with the historic Edgartown hotel.

Scott took over at Kelley House in December 2017, when the hotel ended its relationship with Scout Hospitality.

“I came in and noticed all these things that could be amplified,” Scott said. “It all begins with a belief in employees and work culture.”

Kelley House provides jobs to about 25 year-round and 50 seasonal employees. They rely on H-2B and J-1 visas to fill summer positions.

“How do we get 50 employees inspired so they want to come back and work for us each year?” Scott asked. “Housing.”

Scott looked at their current housing, and knew there was room for improvement. Employee housing is located in the building between their restaurant and hotel lobby.

“We’re taking out carpets, replacing the floors, redoing plumbing, electricity, everything,” Scott said. “We considered turning that space into more hotel rooms, but we wanted to invest in our employees.”

“Where would we want our children living?” human resources director Patricia Floyd asked.

Many Kelley House employees arrive from countries like Serbia and Russia.

“Imagine that first phone call back home,” Patricia said. “We want all our employees to feel safe, comfortable, and welcome when they arrive.”

Scott said the hotel spent a “flaming fortune” on housing renovations, which were complete by Memorial Day weekend. Twenty-seven employees are moved in and settled, according to housing manager Kate Arters.

Kate and Patricia are two staffing additions Scott believes will make a difference at Kelley House.

“We hired a dream team of managers,” Scott said. “We all share the same vision.”

Twelve recarpeted, newly furnished rooms are located on three different floors in the housing unit. Each room has its own bathroom, and sleeps one to four people. The rooms feature fire protection, a sprinkler system, carbon monoxide detectors, and emergency escape ladders. They’ve also redone the kitchen and common area.

“This is an environment for our employees to think of as their own,” Scott said. “It’s an inspiring, fresh, and safe space.”

There will be keypad locks on all the doors, and a facial recognition time clock. “We eventually want employees to be able to rate their workday on their way out,” Scott said.

Kelley House provides uniforms, laundry services, and shift meals to all of their employees. Finding the right hires is another area of focus. “We want employees who smile easy,” Scott said. “They may not have the most experience, but if they have a good attitude and a desire to learn, that’s what we’re looking for.”

Scott thought of an idea to further the idea of employee unification at Kelley House. “The K-Club,” Scott said. “I literally thought of this in the middle of the night.” Individuals hired by Kelley House are immediately part of the K-Club, a team that values hospitality, customer service, and communication.

“If our staff feels respected, they’ll respect the building and each other,” Scott said.

Scott and Patricia have an overarching goal that extends beyond Kelley House. Patricia recently attended a conference for J-1 employers, and learned about well-run organizations that provide safe and reasonably priced places for people to live.

“We could look into creating a local network,” Patricia said. “And if we need to be in a leadership position, we’ll do that.” 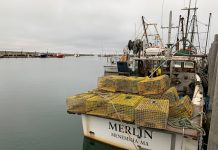 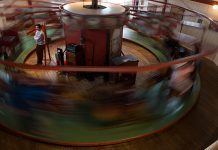