When Bea’s family first adopted her, they were told she was a year or two old. After six months old, when all their adult teeth have come in, there is no way to definitively determine a cat’s age. The best we can do is guesstimate. Bea’s family was just happy to have a young, healthy pet. Bea spent the next 10 years as an indoor cat, sharing her digs with two feline friends. As sometimes happens with indoor cats, Bea and her buddies eventually got chubby. I recommended prescription food formulated for weight reduction. Bea slimmed down and kept her trim figure for many years, staying on a calorie-controlled diet. Then, when she was about 10 years old, we noticed at her annual physical exam that she had lost an additional 2 pounds. That doesn’t sound like a lot until you put it in perspective. Going from 10 pounds to eight is a 20 percent drop in body weight. That’s the equivalent of a 100-pound person going down to 80. Bea, once pleasantly plump, was now on the thin side.

“Maybe she’s not getting enough food because the other cats are still dieting,” her owners suggested. I advised changing Bea’s dry kibble from “low-cal” to “adult maintenance,” using canned food to tempt her to eat more, and reweighing her regularly. With these adjustments, her weight stabilized at 8½ pounds for several years. Then, this year, she gradually dropped down to 6½ pounds. She was now borderline skinny. It was time to evaluate her for common problems causing weight loss in older cats.

Hyperthyroidism. Diabetes. Chronic renal failure. Cancer. These are the usual suspects in older cats that are losing weight. But Bea’s tests all came back normal. Normal thyroid. Normal blood sugar. Good renal function. We took radiographs. Normal. We tested for feline leukemia and feline immunodeficiency virus. Negative. We ran an expensive gastrointestinal panel to rule out pancreatic issues that might cause maldigestion and malabsorption. Normal. Other than being thin, Bea was feeling fine. Her owners wondered if perhaps she was older than originally thought. Could the weight loss just be related to old age?

Let’s talk about skinny, old cats. As I approach my golden years, let me begin by saying aging is a natural, progressive process … gradual … sometimes depressing … but natural. It is not a disease or a pathological condition. In most species, as individuals age, they tend to require fewer calories to maintain their weight. I can vouch for that personally. That’s why so many of us humans struggle with “middle age spread.” However, at a certain point in the aging process, something else starts to happen. We start to lose lean body mass, i.e., muscle. If this occurs in the absence of disease, it can be considered a normal aging change. It is called sarcopenia, from the Greek meaning “poverty of flesh.”

Sarcopenia is defined as a “gradual, progressive generalized loss of skeletal muscle mass and strength, with a risk of adverse clinical outcomes such as physical disability, poor quality of life, and death.” It happens to people. It happens to many old cats. Although cats in the United States suffer from the same “obesity epidemic” as people, after the age of 12 years, they have an increasing risk of sarcopenia. By the time they reach 14, they are 15 times more likely to be underweight. Elderly cats, like elderly humans, also have a tendency to get dehydrated. Dehydration has been likened metabolically to having a hangover. Dehydrated people often have headaches and nausea. They may be irritable and less interactive. See? Just like having a hangover. Dehydrated cats likely experience similar feelings. They can’t tell you they have a headache or feel nauseated, but you might notice Grandma Meowses is grumpier, eating less, or keeping to herself more.

The first step in managing weight loss in apparently healthy old cats is to look very, very carefully for other explanations, as we did for Bea. Are there signs of arthritis, such as reduced mobility, less grooming, less interaction or activity? Is anything going on in the mouth that might be reducing food intake, such as ulcers, tumors, or periodontal disease? Are there signs of cognitive dysfunction, such as disorientation, vocalization, pacing? Have we ruled out all chronic diseases, pain, and environmental stressors? Once we have eliminated all reasonable pathological causes of weight loss, we are left with a presumptive diagnosis of age-related sarcopenia. What now?

We may be able to improve Grandma’s quality of life, even buy her extra time, if we can get her to gain some weight. Make sure she has easy access to food. If she is arthritic or has reduced vision, she may be reluctant to jump up on the counter where you usually feed her. Feed her at floor level. Remember Mother Nature designed cats to eat multiple small meals throughout the day. Think about it. Living in the wild, cats catch and eat up to eight to 10 mice daily, thus consuming one small high-protein bundle multiple times each day. Feed old kitties four or five times daily, dishing out small, frequent portions.

What should you feed? Recent research suggests older cats have reduced ability to digest fat, and maybe protein. Some specialists advise supplementing daily with lean, readily digestible, high-quality protein. An ounce of skinless cooked chicken breast is perfect. Don’t want to cook? Try chicken or turkey baby food. Don’t go overboard — just chicken is not a balanced diet. Make sure at least half of Grandma’s diet is commercial cat food. Otherwise you run the risk of causing nutritional deficiencies. Your veterinarian may also recommend supplements such as B-vitamin injections, oral omega-3 fatty acids, or even appetite stimulants. Bea’s owners started feeding her cooked chicken breast daily, and she has gained a little weight. As long as she seems otherwise happy and healthy, we are assuming she is probably older than we thought, and that her weight loss is a natural part of aging. 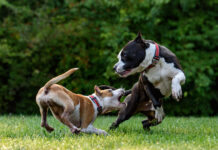 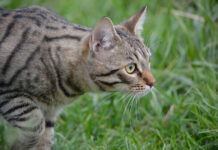 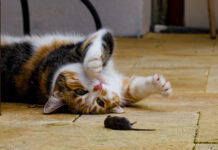