I was picked up by an Uber driver at the Signature terminal, which is reserved for private flights at Logan Airport. Knowing I had just flown in on a private plane, the driver asked me where I was coming from, and I told him, “Martha’s Vineyard.” Putting Martha’s Vineyard and private plane together, he said, “I guess your daddy and mommy must have given you lots of money.”

About two months prior to this, I had been diagnosed with a rare form of lymphoma, and I had been struggling with how to deal with this news. I told close friends and family and people at work, but beyond that I kept the diagnosis pretty close to my vest; I didn’t want to be known as “the guy with cancer.”

But there was something in the judgmental tone of the driver’s voice that prompted me to say, “OK, listen to me, I have cancer, and that flight didn’t cost me anything. There’s something called Angel Flights that pays for everything.”

It was perhaps not my finest moment, but from that point on, I can say that I owned my cancer.

The mission was simple: Patients should worry about getting well, not getting from one place to another. There are no expenses for patients; volunteer pilots donate not only their time but the cost of fuel and all other expenses as well.

On my first flight I asked my pilot, Bill McLeod, “Who pays for all the expenses anyway?” and he responded that he did, the pilots pay for everything. I looked at him quizzically, and he responded, “Well, then let me ask you — are you happy with the service?”

“Are you kidding, I’m delighted,” I said.

So far I’ve taken about a dozen flights to Boston, and I truly look forward to them. The weather this summer has mercifully been excellent, and the flights are glorious. I’m even beginning to halfway understand the word salad that comes out of the headset from the air traffic controllers.

I’ve had only one slightly anxious moment. We were flying in a Cirrus, a sporty little aircraft that can eject a parachute and land the whole plane by itself.

Before departing, the pilot said, “In case anything should happen to me, reach up and pull this handle, and bring the speed down to 90.” I looked at my wife in the back seat as if to jokingly say, “Is he talking to me?”

My flights take me from the Vineyard to either Logan or Hanscom Field in Bedford. This spares me not only the cost of the ferry and transportation and parking, but if an appointment is scheduled for first thing in the morning, which they often are, then we have to pay for overnight accommodations as well.

Not to mention the time savings. Travel by car or bus can take all day (or more if you have to spend the night). The Angel Flight is a half an hour each way.

Angel Flight NE has assisted more than 74,000 patients since they were founded — they’ve made 7,500 flights to Martha’s Vineyard alone. Their volunteer pilots have flown over 14 million miles.

“We have about 500 pilots who fly for us,” said Sica. “Some fly once or twice a year, and we have one pilot who just made his 600th flight. We do between 3,000 and 4,000 flights a year. And if the weather is being uncooperative, our commercial aviation partners, Cape Air and JetBlue, provide unlimited seats for us.” Most all of Angel Flight NE’s flights are in the Northeast, but more and more often patients are coming to Boston from California, and JetBlue has been very helpful.

“The volunteer pilots come from all walks of life,” Ms. Sica said, “and they range from their 20s to their 70s.” Since I have been flying up to Boston, I’ve been flown by probably a dozen pilots. Dr. Gary Ferguson is a retired orthopedic surgeon who flies about 75 flights a year. “I used to operate on hips,” he said; “now I provide patient care in a different way.”

Craig Raabe is an attorney from Hartford who picked me up in Boston and flew me home. “I love flying, and to be able to fly and help someone out is very fulfilling,” he said.

Sana Ata is an anesthesiologist at Lahey Hospital who’s flown about 120 missions. “I like helping people in their hour of need,” Ata said, “and it’s the closest I’ll ever get to being an airline pilot, which was a dream for me when I was a kid.”

In addition to pilots, Angel Flight NE also has 200 Earth Angels who drive patients to their destinations in their cars. So far my only experience with Earth Angels was with a nun, Sister Mary, who brought me from Boston to Hanscom Field. Funny thing happened: She called me and said she’d meet me on Cambridge Street in front of Whole Foods. She had a gray Toyota Camry, and said she was halfway down the block. I walked down to Cambridge Street, and saw the gray Toyota Camry stopped in traffic. I ran out and tried to get into the backseat, and the woman who was driving positively freaked out. “Sister Mary?” I said, and she freaked out some more. It was then I saw the real Sister Mary waving to me from two cars back, and I politely excused myself and left.

Angel Flight NE is not just for cancer patients. About 40 percent of their patients are children suffering from cancer, as well as severe burns and crippling diseases.

Angel Flight NE will fly people for as long and as often as they need to travel, with no limit to the number of flights. This service does not come without an expense — but never to the patient.

What with insurance and overhead, it costs Angel Flights NE about $300 for each flight. Total operating costs for the year are about $1 million. Sica says that they are able to make up the deficit through grants, corporate sponsors, private donations, and a mass appeal letter that goes out twice a year.

There are also two major fundraisers. The first is the eighth annual Ride for Angels charity bike ride on Sept. 9, held at the Lawrence Municipal Airport, which draws over 200 cyclists. And the second is the Evening of Angels, a gala event which this year will be held at the Seaport Hotel in Boston on Nov. 16. And please feel free to donate by going to angelflightne.org.

We’re fortunate to live near Boston, home to some of the finest medical facilities in the world. What a shame to be this close and not be able to take advantage of them. Fortunately for me and countless others, there’s help from above, Angel Flight NE. 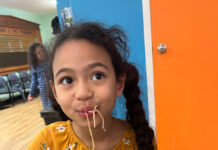