There’s a great deal of controversy today surrounding the subject of vaccinations, particularly when it comes to children. It should be noted that Dukes County has the highest rate of school-age children opting out of vaccinations in the state.

“Vaccinations can eradicate diseases” said David Caron, director of pharmacy at the Martha’s Vineyard Hospital (MVH). “What we would like to do is to put forth scientific information; then beyond that, it becomes a personal choice.”

“It’s been proven over and again that childhood vaccinations do not cause autism,” said Caron. He points to a study by Autism Speaks involving more than 1.2 million children that says, “If anything, immunization was associated with decreased risk that children would develop autism, a possibility that’s strongest with the measles-mumps-rubella vaccine.” “The child may want to spread the shots out,” Caron said; “the important thing is to get them.”

“Parents are generally good about making sure young children get their vaccinations, but sometimes they forget about kids going off to college,” said Caron. Living with large amounts of people in close quarters — such as a dorm — can lead to meningitis, a rare but serious bacterial infection. And it can be prevented with the proper vaccination.

“Generations have gone by with virtually no incidences of such diseases as polio, measles, and whooping cough,” said Caron. “Each of these have shown signs of staging a comeback. With the proper vaccinations, all are preventable.”

Flu season generally runs from October through February, and data have shown that you should get the vaccine early; it will last throughout the season. Last year there were cases of the flu reported on the Island as early as mid-September. “By getting a shot early, you don’t have to gamble with availability,” said Valci Carvalho, staff pharmacist at MVH. Also, the nasal flu vaccine is approved by the FDA and is back this year.

Shingles seems to have gotten a lot of attention lately; it can be debilitating. The original vaccine, Zostavax, proved very effective, but this year there is a new vaccine, Shingrix, that’s proven to be 90 percent effective in clinical trials.

The only problem is that the demand has outstripped the supply, and it’s back-ordered most everywhere on the Island. Caron believes that it will take a little while, but the issue will soon be resolved.

Like Zostavax, Shingrix requires two shots given at intervals. Caron said that how and if the new vaccine should be administered should be discussed with a physician. 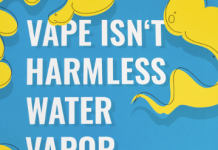 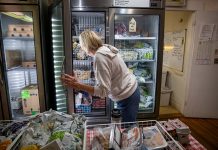 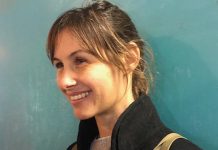