The 2:30 pm Woods Hole to Vineyard Haven ferry was delayed for about 45 minutes Thursday because of a medical emergency aboard the vessel, Steamship Authority spokesman Sean Driscoll confirmed.

The MV Martha’s Vineyard left the slip in Woods Hole, but returned to port shortly after the emergency was reported to the crew, Driscoll said.

Falmouth Fire responded and took the passenger to Falmouth Hospital, according to a Falmouth fire official. The call came in at 2:49 pm for a person “passed out,” she said. She declined to provide further information citing medical privacy.

The Martha’s Vineyard was in the slip in Vineyard Haven at 4 pm. 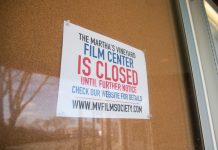