Surprises are all fine and well. But one of the most satisfying things about observing nature is the predictable recurrence of events. The planet zips through its elliptical orbit around the sun; the seasons change; and certain things take place right when they’re supposed to, lending continuity to a world that, from my perspective anyway, appears to be going stark, staring mad.

So I welcomed the arrival, over the past couple of weeks, of a group of old friends: the flock of brant (Branta bernicla) that uses Ocean Park in Oak Bluffs as its winter headquarters. The precise date of their appearance varies somewhat, but always falls in late October or early November. And while it takes a while for the flock to swell to its full, midwinter numbers, the majority of these birds typically turn up all at once. One day, the species is scarce or absent; the next day, it’s there by the dozens.

A compact species of goose, brant appear roughly half the size of the very large race of Canada goose that resides permanently on the Island. But otherwise the markings of these two species suggest their close relationship: They belong to the same genus, making them siblings in taxonomic terms, and share grayish-brown upper parts, a largely white stern, and mostly black head and neck. In place of the white cheek patch of the familiar Canada goose, the brant sports a more subtle white “necklace” across the throat.

The Ocean Park flock was an established feature when I landed on the Vineyard myself in 1997; local birders assured me that a flock of brant had wintered there for as long as they could remember. But reaching back past living memory, wintering brant on the Island were noted as early as 1925, when a monograph by the famed ornithologist Arthur Cleveland Bent described their presence here as roughly marking the northern limit of the wintering range of the species on the East Coast.

With our steadily milder winters, the winter range of the brant has extended northward a bit to Boston Harbor, and sometimes the state’s North Shore; the bulk of the birds still winter between our latitude and that of Virginia, and across this range, the birds are almost exclusively coastal. In summer, the brant is one of the most northerly breeders in the avian world, nesting on high Arctic tundra within about 20° of latitude of the North Pole. These are, to say the least, hardy animals.

I’ve no way to prove it, but I feel quite sure that most of the brant that winter here are the same birds each year — probably descendents of birds that wintered here back in A.C. Bent’s day, and possibly long before that. In other words, their presence here is a piece of avian culture: learned behavior passed down from generation to generation. It would take a study involving banded or otherwise marked birds to prove this. But it’s the simplest explanation for roughly the same number of birds turning up in the same place each year, at roughly the same time.

Virtually every account of the brant comments on the close relationship between this goose and the aquatic plant known as eelgrass (Zostera marina). Wintering concentrations of brant generally overlap concentrations of the plant, and the birds feed extensively on the blades of this important resource. The Vineyard birds probably did, too, originally, and likely still do, to the extent that eelgrass is available. But the distribution of this plant has shrunk dramatically in recent decades, the result of factors ranging from declining water quality to increased human disturbance, to a mysterious ailment called eelgrass wasting disease.

Undeterred, our brant have taken a cue from their cousins and begun exploiting the turf grass covering Ocean Park. Brant (the flock has sometimes approached 200 individuals in recent years) and Canada geese (also plentiful) graze together like miniature cattle on the park. These birds certainly feed elsewhere — I’ve seen brant nibbling vegetation off the rocks at the foot of East Chop, for example — but it appears that lawn grass is now their mainstay.

In this, they reportedly differ from most other East Coast populations, said to remain associated with eelgrass and other submerged aquatic vegetation. European brant (same species, different subspecies) have, like the Vineyard birds, largely shifted their winter diet to sod on parks and golf courses.

In early May, our brant will get the itch to travel and, as suddenly as they arrived, sprint northward on stubby but immensely powerful wings toward their breeding grounds. For now, though, the brant’s predictable arrival is one of my favorite Island traditions. 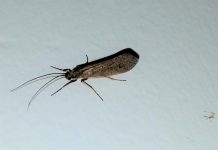 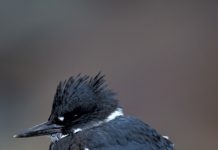 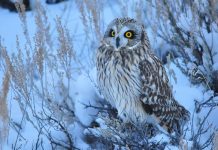