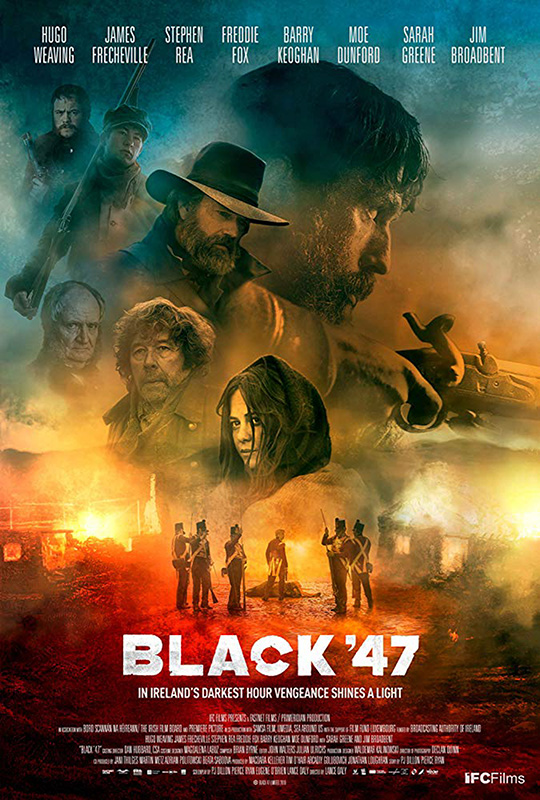 The Martha’s Vineyard Film Society presents an exclusive, one-time-only screening of the Irish film “Black 47” on Wednesday, Nov. 28, at 7.30 pm at the M.V .Film Center.

Join Elaine Cawley Weintraub, Lara O’Brien, and Liam O’Callaghan at 6:45 pm in the lobby for the opening reception. Experience the in-depth and authentic past of the Irish people through storytelling, history, and art. Weintraub, an Irish cultural historian, will start off the night by giving an introduction to the film and educating viewers.

The film is set during the years of the Great Famine in Ireland, caused by a single-crop subsistence agriculture reliant on a single strain of blight-vulnerable potato. One-quarter of the population in Ireland died of starvation, and catastrophic consequences soon followed in other parts of the world. Learn how the story of desperate emigration played out on the Islands, with a famine ship wrecking on Nantucket. Learn the names of those victims, and trace their tragic journey.