Joan I. Svetz, 89, of Oak Bluffs died peacefully with her husband of 60 years, John Svetz, by her side. Last rites were administered prior to her passing at the Royal Nursing Center in Falmouth. 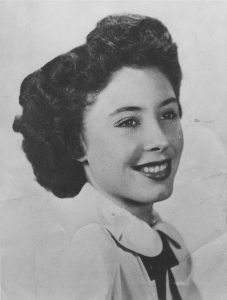 Joan was born Dec. 17, 1929, in the Bronx, N.Y., to Thelma and Robert VanCamp. She graduated from high school in Oceanside, Calif., in 1947. Joan and John initially met working at General Dynamics in Groton, Conn., and later married and resided in North Stonington, Conn. They moved to Spartansburg, Pa., where they both enjoyed dairy farming, raising animals, and gardening. They moved on to Martha’s Vineyard to build their current home and enjoy their retirement years.

Joan and John became well-known Island gardeners with expansive yard gardens and intricate ponds designed by John. They were highlighted in the gardening book “A Garden Lover’s Martha’s Vineyard,” by New England garden writer and radio personality C.L. Fornari. Joan took many friends and Island visitors through her gardens to share their beauty and her knowledge. Joan also enjoyed the Christmas holidays, as John would be tasked with the long list of interior and exterior decorations to be appropriately positioned. Joan had an eye for the creative, and an extensive Santa Claus collection. She was highlighted in the Vineyard Style magazine for her holiday decoration displays, referenced as Mrs. Claus on the Vineyard that Christmas season. Her other love was her diverse antique collection, in which John played an integral part to creatively find display places throughout the house.

Joan’s request was for simple end-of-life arrangements, so there will be no immediate official services. There will be a graveside memorial service scheduled in June, held at the Oak Grove cemetery in Oak Bluffs, for family and friends to be announced. In lieu of flowers, anyone wishing to honor Joan’s memory, please consider making a donation in her name to the Animal Shelter of Martha’s Vineyard, P.O. Box 1829, Edgartown, MA 02539.

The family wishes to express their deep appreciation and gratitude to the Royal Nursing Center staff for their love and care of Joan during her final days.

Arrangements are being handled by the Chapman, Cole and Gleason funeral home on Martha’s Vineyard.