Chilmark selectmen voted unanimously Tuesday night to establish a final fee schedule for large nonprofit events at the community center, and for the Martha’s Vineyard Film Festival in particular. The board also authorized an engineer to pare down and rejigger parking spaces and lane widths in Menemsha to facilitate a test of an alternate proposal to the bus turnaround set forth in the Menemsha Plan.

Selectman Bill Rossi informed the board he met with Brian Ditchfield, artistic director of the Martha’s Vineyard Film Festival, Tuesday morning and negotiated a mutually tolerable fee schedule for the nonprofit’s use of the Chilmark Community Center. When the subject last came before the selectmen, the board set the 2019 fee for the film festival at $600 per day, and set-up fees at $200 per day.

Ditchfield said he found the fee schedule “fair,” but expressed concern it may be excessive for single-night events at the community center, though he also deemed “fair” Rossi’s recommendation that nonprofits seeking single-evening events come before the selectmen for a fee waiver. In lieu of having to appeal to the board for such events, Ditchfield hoped a flat fee could eventually be concocted.

Rossi said he had trouble legislating such a fee because each nonprofit’s situation is different, and a “case-by-case basis” was more workable, he said.

“You know the $1,000 rate is higher than I would have it,” selectman Warren Doty said. He added, “If everybody’s happy with it, I’ll agree to it, but I would have kept the rate lower.”

Zoning board of appeals member Chris Murphy said the Yard has been allowed to use the community center “basically for free.” He questioned how the board can fairly evaluate which nonprofits deserve a discounted fee. “I just had trouble reconciling your two votes in the same meeting where you agreed to jump the cost for the film festival, which is a nonprofit,” he said, “and a small nonprofit, while another small nonprofit, who in many ways is bigger; they own a piece of property, which is not on the tax roll anymore, as opposed to the film festival, which pays rent … it just seems capricious to me.”

Murphy went on to say the income that’s generated by the film festival equals all other Community Center income combined. “That just doesn’t make sense to me,” he said. “It’s punishment.”

Chairman Jim Malkin said he found it difficult and “uncomfortable” attempting to weigh the merits of different nonprofits and their designs on the community center when they come before the board “with their hat in their hands,” he said, repeating a phrase Murphy employed. However, the best metric is “wear and tear on the facility,” from usage impacts on the community center kitchen to effects on its septic system, he said. But he conceded something more concrete should be adopted in the future. “We need to find a way to codify what happens there, and who gets a discretionary pass and who doesn’t …” he said.

The board went on to vote in favor of the new fee structure.

Round and round it goes

The board revisited the Menemsha bus turnaround, after it saw heavy debate at its meeting on Jan. 8. At that meeting, a number of people expressed a desire to find an alternative to the bus loop designed around the Menemsha public restrooms as part of the Menemsha Plan.

In a letter to the board, architect Bill Brewster analyzed three alternative plans to the bus turnaround. The selectmen discussed two of those three, one put forth by Barbara Armstrong, whose home overlooks the proposed bus turnaround from atop Creek Hill, and one submitted by Katie Carroll, co-owner of Menemsha Texaco, which is adjacent to the Menemsha Beach parking lot. Both Armstrong’s and Carroll’s plans call for buses to follow the same semicircular pattern around the periphery of the Menemsha Beach parking lot as they currently do, albeit with changes to parking and lane configurations within that lot.

Brewster noted the advantages of Armstrong’s plan were that it “eliminates the need for the bus turnaround near the Comfort Station [public restrooms],” provides “an enlarged traffic lane for buses/emergency vehicles along [a particular turn,] potentially improving traffic flow,” makes room for emergency vehicle staging and parking, and makes additional room for mopeds and bicycles. Disadvantages of the Armstrong plan include the loss of between seven and nine parking spaces to accommodate the bus, and perhaps more spaces to provide proper bus-lane widths, Brewster wrote.

Brewster found similar parking losses with Carroll’s plan, but less advantageous results — just the elimination of a turnaround at the public restrooms.

Brewster closed his letter with the opinion that neither plan is superior to what was previously devised for the Menemsha Plan. “The original goals of the subcommittee to ensure pedestrian and vehicular safety and ease congestion while improving traffic flow are so intertwined that they require many small interventions to address the overall concerns,” he wrote. “Understanding that maintaining the character of Menemsha is crucial, it is still our opinion that short of reducing the physical size of the VTA transit buses, the bus turnaround proposed to be constructed by the comfort station is an appropriate component of solving the concerns raised by the subcommittee.”

Carroll asked if Brewster will talk with her concerning her alternative plan, and so she can share some of the observations she’s made of the area over the past 30 years.

Malkin said he told Brewster Carroll and Armstrong were available to converse but Brewster “didn’t express a desire to talk.”

Malkin later offered to get in contact with Brewster again for Carroll, and Armstrong as well, however Armstrong declined the offer.

The board went on to discuss bus sizes and to reflect on an email sent by VTA administrator Angie Grant. Ultimately the board agreed to secure an engineer to reconfigure the traffic and parking patterns on Basin Road for a test run in the upcoming season that will reflect ideas put forth in Armstrong’s plan. No vote was taken on the matter, however.

In other business, the board heard from Debbie Packer, who after taking a moment of silence for the late Conrad Neumann, delivered an emotive report on the fire damage to Menemsha Market. Packer was misty-eyed, and her voice often broke as she thanked first responders, Eversource utility workers, and others. She said the Packer family was “deeply grieved” by the damage wrought by the electrical blaze, and she noted the building had previously survived the 1938 hurricane that largely wiped out Menemsha.

“You have been a wonderful steward,” Malkin said.

Town administrator Tim Carroll informed the board that Cole Powers, the electrical contractor who successfully bid on Menemsha Harbor electrical infrastructure improvements, and who is also Chilmark’s inspector of wires, has signed a contract with the town and has submitted a request for payment. The board voted unanimously to authorize Chairman Malkin to sign the contract after he reviews it.

Carroll told the board Powers promised to have the work finished by April 15. 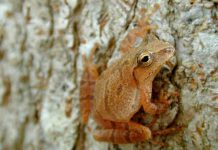