Since the Ritz Cafe in Oak Bluffs changed hands in 2014, the bar has undergone a number of transformations, and there’s another one on deck: When the Ritz reopens its doors on March 14, after a three-week winter break, they will introduce a new executive chef, Vanessa M. Sabee, and a new menu. You may recognize Vanessa as the first of six chefs who lent their expertise and creativity to the Ritz’s recent six-week Kitchen Takeover series of Wednesday night pop-up dinners, which featured a different chef and menu each week.

Sabee, 34, hails from “middle of nowhere Western Kansas,” and spent five or six years in Boulder, Colo., before she and her then-boyfriend (now husband), Ross Sabee, also a trained chef, came to Martha’s Vineyard in the spring of 2017 to work as line cooks at the Sweet Life Cafe, owned by chef Hal Ryerson and his wife Erin.

“It was awesome,” Vanessa says. “Hal and I have a very similar style of food theory, and so it was really easy to transition into that kitchen.” Vanessa returned to the Sweet Life as the sous-chef for the 2018 season, and prior to being offered the head chef position at the Ritz, she had planned to return for a third season. “We cooked really, really great food that we were very proud of,” she says of her time at Sweet Life.

The couple met Ritz manager Kelly Feirtag while hanging out at the bar their first summer here, and Ross now works at the Ritz doing security. Feirtag, general manager at the Ritz since July 2017, has seen at least three kitchen changes since that time. She said she’s excited to bring Vanessa onboard. “I feel like I’ve been searching for her for a long time,” Kelly says, “and I feel very lucky that she was willing and interested, and up for the challenge.”

Feirtag is thrilled to have a woman running the kitchen, which is in keeping with Ritz history. “I had a woman chef when we opened the kitchen in 1987,” says former Ritz owner Janet King. Local chef Christina Napolitan ran the kitchen for about six years, King says. More recently, Sai Mai, a Thai restaurant that leased the Ritz kitchen for about four years before closing in 2013, was also run by women.

Vanessa Sabee’s culinary roots go deep, starting with her childhood in Kansas, where her mother, who “was a cook forever,” got Vanessa her first job at 14, flipping burgers in a small local place that her mom was running. “I’ve always been in restaurants,” Vanessa says. “It was a part of my life.”

Eager for change, Sabee got an associate’s degree in journalism after high school. She then transferred to a four-year school, at which point she had to get a job. “I knew I could get one in a kitchen,” she says. After one semester, she decided not to go back to school, and to continue cooking.

Vanessa worked at a couple of sports bars and a steakhouse in Hayes, Kan., and did occasional catering gigs. She spent about a year at the steakhouse, where she replaced another cook who left to attend culinary school. Vanessa was in her mid-20s when she started thinking about going to culinary school herself. That meant relocating. “In order for me to further my culinary technique and skill and knowledge,” she says, “I had to move.”

Sabee attended the Auguste Escoffier School of Culinary Art in Boulder, Colo., a six-month program that she describes as “boot camp for the culinary world.”

After completing school, Sabee stayed in Boulder and worked at Shine Restaurant and Gathering Place, where she moved from prep cook to line cook, and departed as head line cook. After Shine came Bramble and Hare, a gastropub focusing on farm-to-table “modern American” food.

Bramble and Hare, sister restaurant to the well-known Black Cat Bistro, also in Boulder, had a farm that raised pigs, and they grew their own vegetables. “Whatever was in the walk-in was what you had,” she says. At times it was easy, particularly in summer, but “in the winter you had to get really creative,” Vanessa said. The restaurant also focused on pickling, preserving, processing, and freezing ingredients from the summer’s abundance so they were available for winter.

The Ritz kitchen has faced challenges over the years, one of which is its small size. Vanessa is accustomed to working in small spaces, particularly at Bramble, where her setup consisted of “an Easy-Bake oven, a two-plate burner, and a steam well,” out of which she did 40 to 60 covers a night. Of the Ritz, she says, “It’s luxurious!”

Sabee says she likes to construct dishes based on their cook time, “but also I like to put a lot of hot and cold elements together.” For Valentine’s Day, she prepared a pork belly dish, cured and smoked beforehand, and then, she says, “all we had to do was sear it.” The set was cold, and included a black-eyed pea purée, a salad of the same peas, collard green kimchi, and a charred pepper purée. “I don’t find the size of the kitchen challenging,” Vanessa says. “My kitchen surrounding basically builds my menu, based on what I think the kitchen, myself, and the staff are capable of executing.”

When the Ritz reopens on March 14, the menu will be mostly new, but will retain some popular staples — the Frito chili pie, wings with house dry-rub, and burgers made with locally butchered meat from Reliable Market, including the $5 burger special (without sauce or sides), which is available year-round from 12 to 2 pm, for dine-in or takeout. The $10 blue plate special, which changes daily, will also remain.

“I’m going to add a lot of vegetables,” Sabee says. She’s looking forward to incorporating produce from local farms, and catering primarily to locals looking for a good meal that won’t break the bank. “The summer people come, and they’ll do what they want,” she says, “but to cook at a year-round establishment, getting the locals back is more important than the weekender.”

There will be separate lunch and dinner menus, and Vanessa is hoping to have a happy hour menu by June, as well as an eventual Sunday brunch with “solid breakfast food” like biscuits and gravy, a build-your-own breakfast plate, and pork shoulder with grits and seared greens. “But that’s down the road,” she says.

Appetizers will include the wings, of course, as well as a pickle and cheese plate, a marinated olive dish, a black-eyed pea dip that is similar to hummus, and other “bar-friendly” items that you can eat “with your hands, in a crowd,” while catching a live band.

There will be a few new salads, sandwiches including a cod sandwich for lunch, chicken salad with roasted garlic aioli, and a vegan-friendly option made with the black-eyed pea spread. There will be a full dinner menu, with composed entrées at reasonable prices. Sabee looks forward to putting more emphasis on the food at the Ritz, but she’s not looking to reinvent the wheel. “Nothing fancy,” she says, “just really good, properly seasoned, properly executed [food].”

Dinner entrées will include dishes featured at the pop-up and on Valentine’s Day: Milk-braised pork shoulder with roasted Brussels sprouts, creamy grits, mustard cream sauce, and fried shallots; blackened cod; and chicken breast with orange-roasted beets, smoked mashed potatoes, and chicken jus (I tasted it, it’s phenomenal). Entrées will be priced at $16 to $21. There will be several dessert items, including a tahini-swirled brownie with salted caramel and fresh whipped cream.

For customers with allergies or dietary restrictions, Sabee is flexible and accommodating. “I’m not in the business of saying no,” she says. “I’d rather say yes.”

“I think it’s important for the community to have affordable, flavorful food that they might not necessarily expect to get from a place like this,” Vanessa says.

Kelly Feirtag agrees. Feirtag, herself a culinary school graduate in culinary management, has known she wanted to open her own restaurant someday, but never expected to get her start in a dive bar. “I love this place,” she says. “I love my job.”

Feirtag has put a lot of energy into growing the Ritz brand, introducing new bands and DJs to bring in new clientele, changing the decor to more accurately reflect the bar’s musical personality, and working to dispel the unsavory reputation that has followed the Ritz for years.

“It’s a safe place for a woman to come and have a drink by herself,” Kelly says. “Our staff doesn’t really put up with a lot.” Although the negative rumors aren’t accurate, she also insists, “We’re not fancy. That’s not at all what we’re going for; we are still a dive bar. We’re more quirky and funky … we don’t take ourselves seriously at all.”

“I don’t know anything about the past here,” Vanessa says. “I don’t want to focus on that. I want to focus on the future [and] my menu, and I think that it’ll be fun for people, to see what’s capable of coming out of this place.”

Gifts of a lifetime 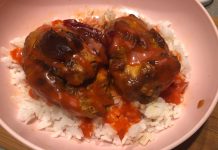