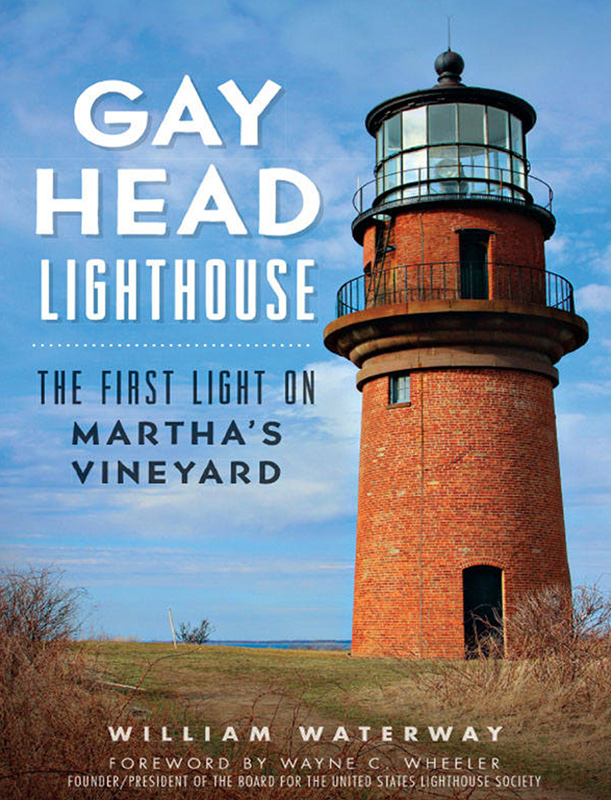 On a blustery April Saturday morning, I attended the kickoff of a new venture at the Martha’s Vineyard Museum’s — a book club, M.V. History and Culture Between Two Covers. Our fearless, certainly always pithy, and immensely knowledgeable leader was Bow Van Riper, the museum’s research librarian. Our first foray was Paul Schneider’s “The Enduring Shore: A History of Cape Cod, Martha’s Vineyard, and Nantucket.” There was something for everyone, regardless of the depth of knowledge about the book. Having only heard about the group the evening before, I hadn’t yet had a chance to delve into it. But Van Riper kept all of us engaged, nonetheless.

He says about the book club: “I try to start with a (very) quick recap of what the book is about, because … life happens, and not everybody will have had a chance to finish it or read it with the same level of attention. And I try to hit the classic book-discussion questions: ‘What did you think of it? What about it surprised you? What about it frustrated you?’

“That usually gets people warmed up, and from there I try to let the interests and perspectives of the people in the room shape the discussion. When we talked about ‘The Enduring Shore,’ we wound up touching on everything from shipwrecks and the impact of disease on the Wampanoag to how historians recreate events that nobody recorded on paper, to how Paul Schneider’s writing compared to Tony Horwitz’s and Nathaniel Philbrick’s … to that ‘one book’ that you recommend to friends and houseguests who want to know more about the Vineyard. I try to have potential questions up my sleeve, but I try really hard not to have an agenda. It’s like I used to tell my students when I was teaching college history: ‘I know what I think about this stuff; I’m curious to hear what you think,” Van Riper continued.

I was curious about what prompted the book club to start with. Van Riper told me, “We knew that the Marine Hospital would give us the space and the opportunity to do the kinds of programming that we’d never been able to do in Edgartown, and so we spent the winter brainstorming ideas that we thought might be interesting to try out. The nonfiction book club idea was something that Teresa Kruszewski, our former visitor services manager, came up with. She’d heard about other museums experimenting with it, and asked me if I’d be interested in giving it a try. I’d never been in a book club in my life, but I love to read (especially nonfiction), and I love to talk about books, so … it sounded like fun.”

I wanted to get the lay of the land from Van Riper, and so asked about plans going forward. He told me that he aimed for a mixture of Vineyard classics and newer works.

One of the new books will be Tom Dresser’s “Music on Martha’s Vineyard,” released this month, which parallels the museum’s upcoming exhibition “Our Own Beat,” about some of the wonderful music that’s endemic to the Island. Of course, the series wouldn’t be complete without a book related to the museum’s jewel, the Gay Head Fresnel lens, and thus the June book will be William Waterway’s “The Gay Head Light,” which is full of amazing stories.

July’s read is Nora Ellen Groce’s “Everyone Here Spoke Sign Language” about a period during the 19th century when hereditary deafness was as high as 25 percent of the population, and signing was routine for the deaf and hearing alike. Skip Finley’s collection of essays, “Historic Tales of Oak Bluffs,” with fascinating information gleaned from both the museum and the Vineyard Gazette library, follows in August.

The season wraps up in September with “Consider Poor I,” Walter Teller’s biography of Nancy Luce, corresponding to the Nancy Luce Day celebration about this woman, perhaps the Island’s first celebrity, as Van Riper points out, who was more than a “crazy chicken lady” but in fact a farmer, poet, homespun philosopher, and entrepreneur.

Van Riper adds, “Above all, I hope that folks walk away thinking, ‘Wow, that was fun! And I learned some really cool stuff about the Vineyard that I didn’t know before,’ because … I love history, and I love sharing that sense of fun and excitement and discovery. And … if people walk away thinking about big ideas that they’d never thought about before — things like ‘How do we know what we know about the past?’ or ‘How did we get to where we are?’ or ‘How do past events influence the present?’ — well, that’s icing on the cake. Also, that you don’t have to be an intellectual or a history buff, or be able to tell Chappaquonsett from Chappaquiddick to be part of this. We’re just a bunch of people who like to read and love the Vineyard, sitting in a circle and talking to each other … and there’s always room for another chair!”

M.V. History and Culture Between Two Covers, Martha’s Vineyard Museum’s nonfiction book club, takes place on the second Saturday of every month from 10 to 11 am; admission $5, free with museum membership.