The Social Action Committee of the Martha’s Vineyard Hebrew Center will host a Forum on Gun Safety and Prevention of Gun Violence, Sunday, June 2, from 4 to 5:30 pm, at the M.V. Hebrew Center, 130 Center St., Vineyard Haven.

Following the shooting at a synagogue in Pittsburgh last October, the M.V. Hebrew Center hosted a Sabbath service that drew hundreds of people, many of them with no ties to the center, Robert Herman, chairman of the Social Action Committee and vice president of the Hebrew Center, explained.

During the Sabbath service, someone stood up and raised the concern that if you want to do something about this issue, there’s nothing locally on the Island that pertains to the community — no organized effort to inform, educate, or spread the word on gun violence, Herman said: “It inspired me to do something.”

“Once we joined, it was, What can we do?” said Herman. “We could put our name on a letterhead, but we wanted to have a forum, and a chance for the public to come out and discuss. The mission of social activism is ‘Tikkun olam’ in Hebrew, which is to repair the world.”

The Social Action Committee wanted to hear voices from law enforcement, the education world and representatives of the school system, as well as their political representatives through this forum, so they reached out to folks around the Island community to participate, resulting in their well-rounded panel.

The forum will host guest speaker Janet Goldenberg, who is the chair of the Massachusetts Coalition to Prevent Gun Violence and a seasonal resident of the Island. Goldberg will be joined by a panel set to include Tisbury Police Chief Mark Saloio, Oak Bluffs Police Chief Erik Blake, Dukes County Commissioner and student organizer Keith Chatinover, Edgartown School Principal John W. Stevens, and a MVRHS student leader, junior Alex Rego. The event will be moderated by Rabbi Caryn Broitman, with an open Q and A to follow.

“Of course, after this, we have hopes and dreams of what would come next,” Herman said. “There was a successful gun return program in Falmouth, we could potentially partner with local businesses” — but, he explained, that’s all hypothetical at this moment.

“We want to educate, and for people to walk out with a better understanding,” Herman explained. “Hopefully we can make the Island, and our little corner of the world, a little safer.” 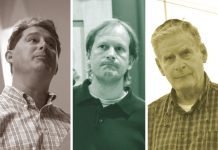 The National Park Service’s National Underground Railroad Network has officially accepted Edgartown Harbor as one of its 12 new listings this fall. Edgartown Harbor’s acceptance into the program i...
View on Facebook
·Share

Washington, NC has a wonderful Underground Railroad Museum. Check it out.

Edgartown was founded on the use of slaves ...

When I was a kid (a LONG time ago) my family owned a home in Boxford/Topsfield (my Dad had to pay taxes to BOTH towns)...it was SO cool! Secret tunnels trough all three floors! Just LOVED it!!!

Getting out the vote