Last week when I walked to Peter Simon’s memorial at the CCC from the Post Office parking lot with Jim Feiner, who pointed out he wasn’t wearing any shoes, in Peter’s honor, I’d have no idea that only 24 hours later Islander Tony Horwitz would also leave us too soon. The Chilmark softball season has not yet begun, but the impact of losing former player and team photographer Peter Simon, plus last week’s untimely death of author Tony Horwitz, will have reverberations through this field of dreams. Tony and his wife, author Geraldine Brooks, moved to the Island the same year my children and I did, in 2006. My youngest son and their oldest son were classmates throughout high school. I always enjoyed Tony deftly interviewing authors at the M.V. Authors Series/Book Festival as he laser-focused comments revealing more about a title or author than one previously knew. His softball-team-members-only reports were legendary. My heart goes out to Geraldine, Nathaniel, and Bizu, and his extended family and friends.

Also we mourn Primo Lombardi, who passed away last month. My heart goes out to Mary and his family and friends. Though I only met Primo in his yoga phase of life, he continued to come up to Chilmark to teach yoga every summer, and will be sorely missed. I am glad I had the opportunity to offer a sound bath in his beautiful Circuit Avenue studio a couple of years ago. It was Primo who brought pizza to the Chilmark General Store, and they continue to bake in the same ovens he installed.

May 31 was the last day for dogs to walk at Lucy Vincent Beach, and despite being overcast, dogs and their walkers steadily made their way throughout the day. I had to take my dogs twice. In the meantime, Squibnocket will continue to be a welcome early morning dogwalking destination. Please pick up after your animals, and use the garbage cans provided in the parking area.

I am already missing the Menemsha Market, peering over bits of broken glass and fragments from the fire, remains on the porch behind the yellow Police Line Do Not Cross strung around its columns. Dear Oliver family, we hope everything goes well so you’ll be back in full swing in 2020.

Just in from Sig Van Raan is the first softball report of the season: “The Chilmark Softball players suffered a significant loss with the sudden and sad death of Tony Horwitz. Tony had been a fixture in the outfield since his first game 12 years ago. He was a zany, goofy character who loved to razz others and himself. No one escaped his scathing commentary. His exuberance and joy for the game will be sorely missed. A pregame memorial will be observed at a time in July when all the summer players are most likely in attendance. It has already been discussed to initiate an annual Tony Award for the most theatrical outfield play of the season (in keeping with Tony’s theatrical sense of humor). Over the next two weeks, the commissioners will be busy getting the field ready and putting up posters to advertise the game. First session will be June 23, more or less considered ‘Spring Training,’ with June 31 being the official opening game.”

The Yard’s Bessie Schonberg Fellows, both from Chicago, include footwork crew The Era and dance artist Joanna Furnans performing Saturday, June 8, at 7 pm. Check out dance classes, upcoming performances, and memberships at dancetheyard.org.

If you missed the Chilmark Community Church’s Pizza Nights, you’ll have to wait until fall.

The Chilmark Public Library has switched to summer hours, meaning Mondays 10:30 am to 1:30 pm have been added, and they’re still closed on Sundays; all other days remain the same. Sign up for Adult Summer Reading on Saturday, June 8, at 3 pm. This year’s theme is “A Universe of Stories,” inspired by the music the series will share, plus enjoy a galaxy-themed cake. If you can’t make the kickoff, come in anytime to sign up at the summer reading cart by the circulation desk. Jim Thomas and the U.S. Slave Song Project Spirituals Choir return to present “Songs from the Underground Railroad,” songs sung by African slaves in the U.S. between 1619 and 1865, along with the stories behind them, on Wednesday, June 12, at 5 pm. Stories and Songs with Rizwan continues on Tuesdays and Saturdays at 10:30 am. Afterschool crafts with Irene continues on Wednesdays at 3 pm. Learn more at chilmarklibrary.org, or call 508-645-3360.

You can get gas at the Menemsha Texaco from 7 am to 6 pm daily, and they now honor only Visa and Mastercard. 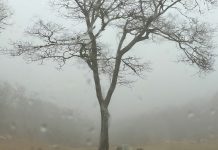 Redemption comes in the mountains for Robin Wright’s Edee

Go with the flow