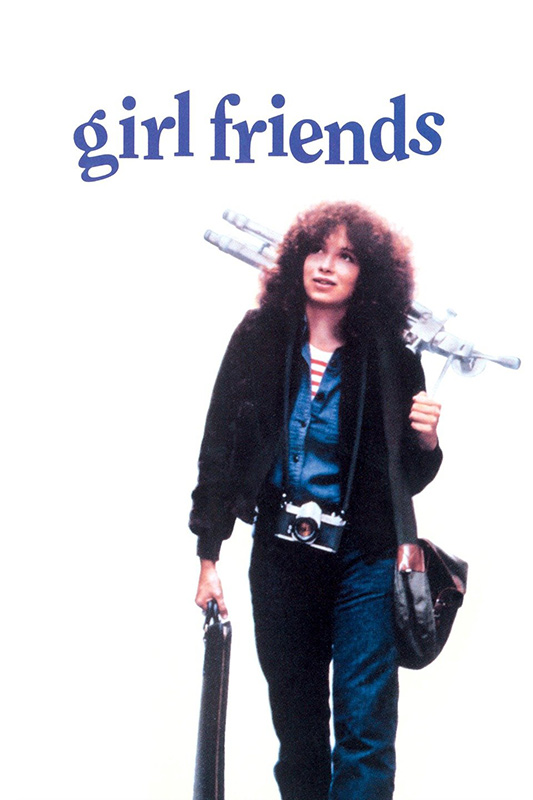 In a special one-night event, the M.V. Film Center brings back Claudia Weill’s 1978 hit, “Girlfriends,” on Wednesday, July 24. The director, who divides her time between the Vineyard and New York, will lead a postfilm Q and A session. This comedy/drama has continued to be popular long after its original release.

The story of “Girlfriends” revolves around New Yorker Susan Weinblatt (Melanie Mayron), a struggling photographer, and her aspiring writer roommate Annie Monroe (Anita Skinner). Except for the clothes, hairstyles, and smoking, this movie that highlights two different lifestyles could have been made today as easily as in 1978, particularly in light of the #MeToo movement.

Susan makes ends meet by photographing bar mitzvahs and weddings. But her life changes when Annie gets married and Susan has to live on her own. Plenty of jokes liven up the narrative. For instance, Rabbi Gold, whom Susan works for (Eli Wallach), asks her, “What’s a wrench?” The answer: “It’s where Jewish cowboys go.”

Once Annie departs, the story of Susan’s life becomes cinematically episodic. She meets Eric (Christopher Guest) and has a one-night stand with him. Between visits to Annie and her husband Martin (Bob Balaban), she picks up a hitchhiker Ceil (Amy Wright), who temporarily moves in with her. Despite being married with children, Rabbi Gold suggests an abortive liaison. Annie gets pregnant, making Susan feel further isolated from her best friend. Trips to galleries and editors do not turn up jobs at first, and for a while, Susan works with a photographer friend who lives in Vermont. Eric comes back into Susan’s life, and they start dating seriously, but she refuses to commit to moving in with him, preferring to hang onto her own little apartment. Eventually she gets a gallery show.

Two of the director’s Vineyard friends, poet Honor Moore and film producer Iya Labunka, encouraged the Film Center to schedule next week’s screening of “Girlfriends.” Thanks to New Yorker critic Hilton Als and actress Rachel Weisz, both fans of this 40-year-old film, it played recently at the Metrograph in New York. In addition to screening at the Brooklyn Academy of Music, “Girlfriends” still appears regularly at film festivals featuring films about women.

Weill began her career making documentaries. After the success of “Girlfriends,” Weill followed up with another film, “It’s My Turn” (1980), starring Jill Clayburgh and Michael Douglas. The experience of working in the Hollywood system didn’t produce her best work, according to Weill. In recent years she has worked extensively in television, most recently on “Girls,” but also in theater. “I’ve always moved between film, TV, and theater,” Weill said in a recent interview. “It’s a lot of fun to move between them.” She pointed out that in film, the director is in charge as the auteur, while in TV the director is the first hired and the first fired. In theater, the writer is king; the text is sacred and the director is the midwife.

The late 1980s renaissance in episodic TV coincided with Weill’s having children, and the less compressed scheduling of TV shows worked well for her. When new voices in the theater like Don Margulies and Marsha Norman emerged, Weiss directed them. “It was a very exciting time,” she said. “I’ve kind of moved with the culture.” She has directed frequently on-Island for MJ Bruder Munafo at the Martha’s Vineyard Playhouse.

She has also taught at Columbia and the New School, and will again at Sarah Lawrence in the fall. “I married into the Vineyard,” she said of her marriage to attorney Walter Teller, whose parents were longtime summer visitors.

Information and tickets for “Girlfriends” and other Film Center, Capawock, and Strand films are available at mvfilmsociety.com. Information about films playing at Entertainment Cinemas in Edgartown can be found at entertainmentcinemas.com/location/Edgartown.com.