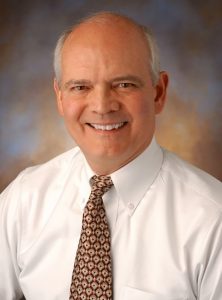 Mike was born in Lisbon, Portugal, on Nov. 16, 1945, into a family representing several generations of service in the Belgian diplomatic corps. He was the oldest of three children born to George M.L. Joakim of Liege, Belgium, and Marye (Bowden) Joakim of Leamington Spa, England. His father was part of the WWII Belgian Underground, a decorated paratrooper on loan to the British Secret Intelligence Service. Mike’s parents met while his father was recuperating from prisoner-of-war injuries in Gulson Hospital, Leamington Spa, England. Mike was very proud of his international heritage, but gave up his European citizenship to become an American while in college.

Mike had many wonderful memories of enjoying the Portuguese fishing village of Costa da Caparica, and the Belgian seaside town of Coxyde on the North Sea, with his parents and grandparents. After living in both Portugal and Belgium, the family moved to the U.S. in 1952, continuing his father’s diplomatic service with the Belgian consulate in Washington, D.C. The Joakims eventually moved to Westport, Conn., where Mike graduated from Staples High School in 1964.

He continued his education by attending the University of Connecticut, receiving there both his bachelor of science (1968) and master of science degrees in civil engineering (1972). He was a member of both Chi Epsilon and Tau Beta Pi Engineering honor societies. Mike continued his education during his career, attending both Rensselaer Polytechnic Institute (engineering) and Central Connecticut State University (education). He was a licensed professional engineer in Connecticut.

While an engineering graduate student at UConn 50 years ago, he met his future wife, Betsey Keenan, a Salve Regina College nursing student, who became snowbound in Storrs, Conn., during an unusually heavy winter storm in February 1969. She became the love of his life, and they were married following her graduation in 1970.

In June 1969, Mike joined Pratt & Whitney, now a division of United Technologies, where he was brought into the engineering department. He started in the structures group, covering a variety of engine hardware and programs over 15 years. In 1992, he transferred into the repair logistics group, which evolved into the repair development group, aftermarket services engineering, and global services engineering (GSE). After several years as a repair engineer, then a team leader, in 1997 he was appointed as an FAA designated engineering representative (DER), reviewing and approving technical data on behalf of the FAA. He was appointed GSE’s validation discipline chief in 2004, responsible for engineering standard work, repair design reviews, training curricula, and teaching engineering classes for Pratt & Whitney’s Engineering Technical University. He especially enjoyed lecturing in Ireland, Norway, Singapore, and India, as well as locally in East Harford, Conn. He retired from Pratt & Whitney in July 2013 after 44 years of service.

Over many decades, Mike and Betsey enjoyed many travel adventures, both domestically and internationally, with their growing family. Mike’s fondness for the sea continued into his married life as he and his young family discovered the beauty of the island of Martha’s Vineyard in 1971. After building their M.V. homes in West Tisbury during the 1980s, the Joakim family enjoyed years of relaxation and fond memories at their Island retreat. Mike delighted in spending his retirement years in both Connecticut and Massachusetts, while Betsey continues her nursing career, working for the Martha’s Vineyard Public School System.

Mike was an avid sports fan, being especially enthusiastic since his college years for the UConn Huskies basketball team. More recently his focus turned to international motor sports, and he became a huge fan of Formula One racing. Mike followed each Grand Prix with an ardent passion, since his favorite English cousin’s son, Christian Horner, OBE, is team principal of the competitive and very successful Red Bull Racing team.

Mike is survived by his loving wife of 48 years, Elizabeth (“Betsey”) of Rocky Hill, Conn., and their four children, Suzanne Marye Polino and her husband Jim of Ocean Isle, N.C.; Michael William Joakim of Tewksbury; Christine Ruleau Roth and her husband Craig of Wethersfield, Conn.; and Matthew Charles Thomas Joakim of Old Wethersfield, Conn. He is also survived by his siblings, Christopher Charles Edward Joakim and his wife, Theresa, of Davidson, N.C., and T. Richards of East Haven, Conn. In addition, he is survived by his stepmother, Joan Miano Joakim, of Norwalk, Conn., and her children, Joseph (“J.J.”) Miano and his wife Csilla of Bekescsaba, Hungary, Andrea M. Light of South Norwalk, Conn., and Philip A. Miano and his wife Nancy of Weston, Conn. Mike cherished being a grandfather, being blessed with three grandchildren, Charlotte and Madeline Roth of Wethersfield, Conn., and Joseph Polino of Ocean Isle Beach, N.C. He also had two step-grandchildren, Amber and James Polino of Ocean Isle Beach, N.C. He is survived by his cousins in Europe, Sara (Kenyon-May) Horner of Moreton in Marsh, Gloucestershire, England; Geoffrey Kenyon-May of Mas St. Puelles, France, and Fraser Kenyon-May of Coventry, England.

The Joakim family would like to thank Saint Francis Hospital for their extraordinary care during Mike’s last days of life. In addition, our deepest gratitude goes to Dr. Martin Hoffman, DO, and the Yale Smilow Cancer Center physicians Dr. Jonathan Sporn and Dr. Richard Shumway for all their kindness and support as Mike battled his pancreatic cancer in Connecticut. Martha’s Vineyard Hospital oncology clinic/Mass. General Cancer Center also provided additional exceptional care. The family’s thanks also extend to a very special and gifted M.V. nurse, Ms. Barbara Rush, NP, for her compassion and outstanding coordination of Martha’s Vineyard oncology services with the Yale Smilow Cancer Center at Saint Francis Hospital in Connecticut.

There were no calling hours, and his burial in Wethersfield Village Cemetery was private. A memorial service will be planned for the fall. For online condolences, please visit the Farley-Sullivan Funeral Home website (farleysullivan.com).