Before joining the NECBL, the Sharks played eight seasons in the Futures Collegiate Baseball League, winning the league championship outright in 2013 and sharing the 2018 title with the Worcester Bravehearts.

The Sharks head into the final game of the NECBL regular season against the Mystic Schooners tonight at the Shark Tank (7 pm start) with a one-game lead after splitting a double-header in Rhode Island against the Ocean State Waves and Newport Gulls on Wednesday. Even if Mystic were to win tonight, the Sharks hold all tiebreakers over second-place Newport.

As division champs, the Sharks earned a first-round bye in the upcoming playoffs, and will play the winner of the wildcard series winner, Newport or Mystic, starting Sunday night at 7 pm in Oak Bluffs. MV also has the league’s best record at 27-16, earning home advantage throughout the playoffs.

Wednesday afternoon, the Sharks defeated Ocean State, 9-5, in a seven-inning matinee at Old Mountain Field in South Kingstown. The Sharks jumped out to a quick 5-0 lead in the second inning. Matt Chamberlain hit a two-run double, Brady Slavens and Nick Raposo each had RBI singles, and Collin Shapiro scored Nander De Sedas with a sac fly.

The Waves got on the board with two runs in the third but the Sharks took a 9-2 lead with four more in the fifth.

Nander De Sedas led off with a triple and scored on a double by Anthony Videtto. Brady Slavens followed with a single and Michael Knell scored Videtto with another base hit before Collin Shapiro walked to load the bases. With Matt Chamberlain at the plate, Slavens scored on a wild pitch and Chamberlain brought Knell home on a sac fly.

Sharks starter Brett Marshall picked up his second straight win, allowing nine hits and five runs, while striking out five and walking one through five and two-thirds innings. Marc Mendel got the final four outs, striking out two.

In the nightcap in Newport, the Sharks led 6-3 but the Gulls rallied with eight runs in the bottom of the sixth inning and held on for the win.

The Sharks again got off to a hot start, scoring one run in the first inning and two in the second. Jackson Raper had an RBI single in each inning, and Josh Spiegel scored on a fielder’s choice. MV scored their last runs of the night in the fourth and fifth as Jackson Raper stroked his third RBI single and Brady Slavens hit a two-run homer.

Sharks lefty Daniel Hegarty was named NECBL pitcher of the week for the final week of the regular season. Hegarty, a junior at the University of Kansas, struck out seven of 24 batters faced and walked none, while allowing just one run and five hits in the Sharks 3-1 win over Keene on July 27. He has a record of 4-1 this summer with 30 strikeouts in 36 innings, with a WHIP (walks plus hits per innings pitched) of 1.25. 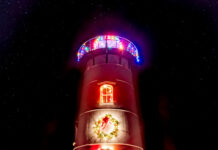