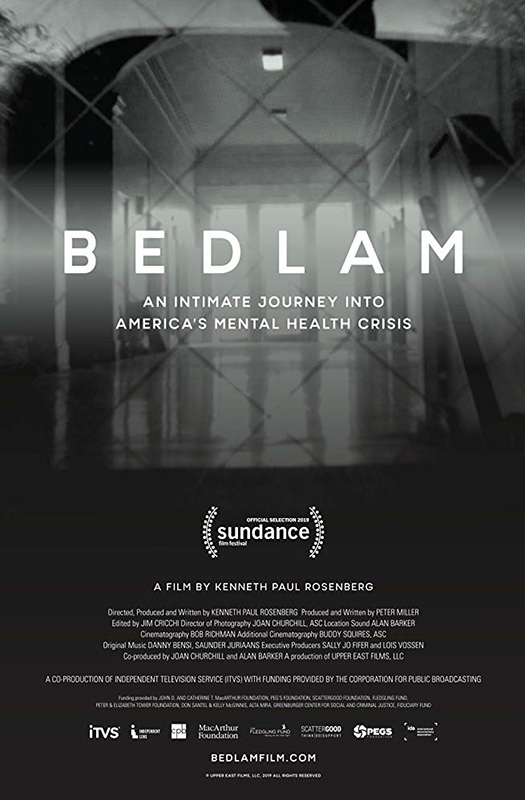 The M.V. Film Festival, based in Chilmark, enters August with a jam-packed schedule, including the documentary “Bedlam,” about the nation’s mental health crisis.

Beginning on Thursday, August 8, with “Inwards,” the latest in the festival’s new weekly discussion series, seven events are on deck. The subject for “Inwards” is marriage, moderated by Diana Barrett, founder of the Fledgling Fund, and author-scholar Jake H. Davis, with guests Kenneth Paul Rosenberg, director of “Bedlam,” Julianne Vanderhoop of Aquinnah’s Orange Peel Bakery, and Hilary Dreyer, the festival’s executive director. It will happen at the Beach Plum Inn’s Hayloft. Also on Thursday is “Eating Up Easter,” playing outdoors at Aquinnah Circle in a free screening. This documentary looks at issues facing the environment and culture of Easter Island. Woody Vanderhoop and the Black Brook Singers will perform before the film.

Coming Monday, August 12, is a Climate Conversation with former Secretary of State John Kerry and former EPA administrator Gina McCarthy at the West Tisbury School. State Rep. Dylan Fernandes will moderate after an opening reception and Climate Bazaar. Laurie David, executive producer of “The Biggest Little Farm,” will host dinner at the Beach Plum Inn, then introduce the film about a couple who take up farming. Wednesday, August 14, brings Cinema Circus, the festival’s signature family event, with filmmaking activities, circus fun, and short films, to the Chilmark Community Center.

Playing at the Center Wednesday evening, August 14, is “Bedlam,” a troubling documentary directed by psychiatrist Rosenberg. An estimated 15 million Americans suffer from serious mental illness, and 350,000 of them sleep on the streets. In one shocking scene, “Bedlam” shows a patient who has been dumped on the streets wearing nothing but a hospital gown.

Rosenberg became a filmmaker as well as a psychiatrist in response to his sister Merle’s struggles with mental illness and its impact on their family. The film provides an overview of mental health history, beginning with the formation 600 years ago of the first mental asylum, named Bedlam. The film examines a roster of failed treatments from insulin coma therapy to early electroconvulsive therapy, as well as frontal lobotomy therapy, for which the originator won a Nobel Prize. President John F. Kennedy, whose sister Rosemary was institutionalized, called for an end to housing the mentally ill in hospitals. Instead, community mental health centers were set up, until President Ronald Reagan ended federal funding for them.

In addition to discussing his own family’s challenges, Rosenberg takes “Bedlam” to the Los Angeles Emergency Center, considered a state-of-the-art facility for treatment. Viewers will meet Johanna, who suffers from bipolar disorder; Monte, who experiences bouts of paranoia and is frequently jailed; Todd, who is disabled with anger issues, and looks in frustration for a place to live. The film follows their lives and treatment over a five-year period, illustrating how inadequate public policy on mental illness has been. As Rosenberg discusses in his own family, the shame they felt led to hiding his sister’s mental illness. Monte’s sister Patrisse Cullors, co-founder of Black Lives Matter, producer Peter Miller, and Rosenberg will lead a post-film discussion.

On Thursday, August 15, the topic for the Inwards event at the Hayloft at the Beach Plum Inn is Sanity, tying into the previous evening’s film screening of “Bedlam.” Taking part in the discussion will be guest Kenneth Paul Rosenberg, M.D., Charles Silberstein, M.D., and moderator Diana Barrett. They will explore the place of stigma, dignity, and acceptance in caring for people with mental illness. Silberstein writes about the topic in his “On My Mind” column in this week’s MV Times.

Information and tickets for “Bedlam” and other M.V. Film Festival events are available at tmvff.org.