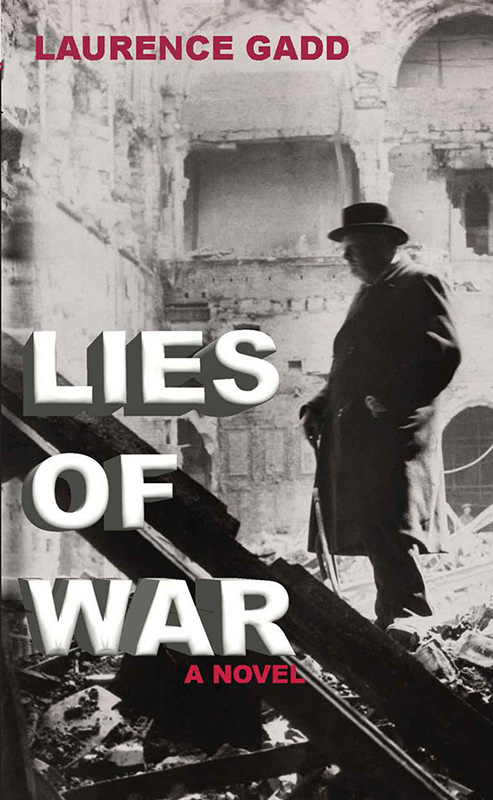 There are lies, and then there are lies, right? Laurence Gadd says that his engrossing World War II novel, “Lies of War,” came about from the idea that no lie is simple, and when governments lie, history is changed by the lie’s repercussions. “What if what we are taught is not true, but a fictional account of the deeds of our predecessors? What if our proudest moments are our most shameful?” he wrote The Times in an email.

What lies are worth telling is at the heart of this espionage tale in which the very existence of the Western world may rest in what lies are told and how to discern the truth. The story unfolds against the backdrop of the race for the atomic bomb, which Germany is on the brink of successfully developing while the U.S. is at least two years away.

At the book’s beginning, President Roosevelt calls on his personal confidant, Jewish American lawyer Morris Gold, telling him of the dire situation, instilling in him the absolute necessity to interrupt Germany’s progress and gain access to their research. Roosevelt emphasizes, “Whoever develops this bomb first will have a death grip on their enemies.” He partners him up with Willie Sherman, the No. 2 man of the Office of Strategic Services (OSS), later to become the CIA. British Prime Minister Winston Churchill assigns Air Vice-Marshal George Forrest-Wainwright. The trio travel back and forth between the U.S. and England trying to navigate the slippery political landscape.

Spying by its nature is full of lies. Interestingly, although tasked with the assignment to stop the Germans at all costs, the three men find themselves sometimes keeping knowledge of their methods from the very leaders who appointed them — even to the point of committing treason, all in the name of keeping the world safe for democracy. Gadd writes, “We three must come to an understanding, an agreement, an inviolable pact of secrecy. We may need not only to protect our bosses from knowledge of some of the decisions we will make and actions we may take. We may also decide among ourselves to go against their wishes.”

As they work feverishly through the quagmire of obstacles, the three find it necessary to deal with the Russians, who supposedly have a spy in the German laboratory. When dealing with them, the truth is constantly elusive, and our trio have to go at times on instinct of whether to trust the Russians or not.

Despite the number of characters and moving parts in Gadd’s story, his clean prose makes it easy to follow without needing to keep a scorecard, and we eagerly consume each chapter as they move us toward a nail-biting last-ditch effort to thwart Germany’s success with the atomic bomb.

“It’s a living story; you fall in love with your characters and can’t wait to see what they will do next,” Gadd says of his writing process. “When you sit down to write, the characters teach you.” Ultimately, though, he leaves it up to us to determine whether the decisions the main characters make — and their immense consequences — put them on the right side of history. He leaves us toward the end with the thought, “Maybe we should think of human character as a continuum that we all move along. Sometimes in fear, sometimes in courage, but mostly unchallenged by either.”

“Lies of War,” by Lawrence Gadd. North River Press. Available online. Gadd will be speaking at the Oak Bluffs library on Saturday, August 24, at 10:30 am.