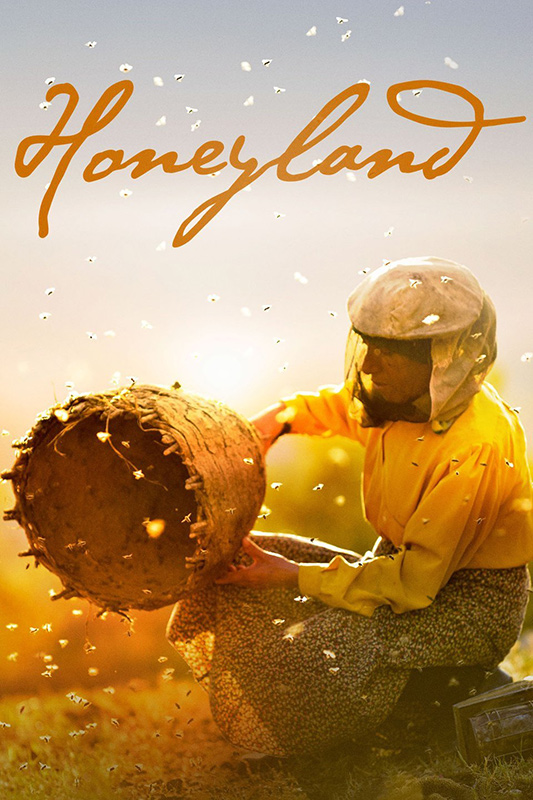 Now in its 14th year, the International Film Festival put on by the M.V. Film Society welcomes the end of the summer season with 17 screenings, scheduled Tuesday, Sept. 3, through Sunday, Sept. 8. The roster also includes the Animation Shorts and the juried International Short Films series. The recurring theme of the festival is “Other Places, Other People.” Its mission is to show how broad a scope film has, and how deeply it addresses universal concerns and desires. Films are drawn from Sundance, Berlin, Cannes, and other festivals. Included with the films are guests intended to promote discussion and add to the community experience. Events take place entirely within the same walkable Vineyard Haven district.

The opening night party and film “Honeyland,” from Macedonia, are scheduled for Thursday, Sept. 5. Held on the Ferryboat Pond lawn off Beach Road, across from Ferry Boat Island, the festivities include beer, wine, and appetizers, with music by Eric Johnson and his jazz trio. The film, in which Europe’s last female bee hunter works to maintain the natural balance for bees but is challenged by a nomadic beekeeper family, follows at the M.V. Film Center.

In a Tuesday, Sept. 3, pre-opening night screening at the Film Center comes Columbia’s “Bird of Passage.” In it, a member of the Wayúu tribe enters the illegal drug business with disturbing consequences. Following also at the Film Center on Wednesday, Sept. 4, is “Loro” from Italy, where an escort service manager attempts to add disgraced prime minister Luigi Berlusconi to his clientele.

Six films are scheduled for Friday, Sept. 6. The first two, playing at 4 pm, are “Cold Case Hammarskjold” from Denmark at the Film Center, and “Three Faces” from Iran at the Capawock. In the first, the focus is on U.N. Secretary General Dag Hammarskjold, who died in a plane crash under mysterious circumstances in 1961, with an investigation that uncovers other also disturbing and related facts. In “Three Faces” at the Capawock, actress Behnaz Jefari travels to Iran’s rural northwest to help a distressed young girl.

Germany’s “In the Aisles” plays at 6:30 pm at the Capawock, and investigates the complicated relationships among some of the employees of a big-box store. At 7 pm, the Azerbaijan/German film, “The Bra,” plays at the Film Center, and follows a train engineer searching for the owner of a derelict bra. Director Veit Helmer will join a post-film Q and A. Following at 9 pm, “A Faithful Man” from France plays at the Capawock, and narrates the unfolding of a romantic triangle that adds a few more romantic participants. The sixth Friday film, “Alone at My Wedding,” at the Film Center, comes from Belgium and concerns a young Roma woman, her grandmother, and her 2-year-old daughter.

At the Capawock, Tilda Swinton and her daughter Honor Swinton Byrne star in Sept. 7’s Saturday afternoon film, “The Souvenir.” Byrne plays a film student whose problematic romance threatens her career. And Oscar-nominated animator Bill Plympton once again curates the “Animation Shorts Showcase,” also on Saturday afternoon, but at the Film Center, with additional filmmakers participating.

Four events are on deck for Saturday evening. At the Film Center, “Ash Is Purest White” is a Chinese film that starts out in the criminal underworld and moves on to examine 21st century China. The juried International Shorts Competition plays at the Capawock, and the winner among the 10 finalists will earn a $1,000 award and repeat screening on closing night. Scheduled at the Film Center is “Midnight Family” from Mexico, about a Mexico City family that struggles to make a living with their ambulance business. Finally that night, celebrated director Olivier Assayas works with Juliette Binoche and Guillaume Canet in “Nonfiction” at the Capawock. Set in Paris’s publishing industry, sex, lies and intrigue characterize the plot of this film.

Five screenings, all of them scheduled for the afternoon, will close the festival on Sunday, Sept. 8, followed by the closing-night party at La Soffitta restaurant in downtown Vineyard Haven. From Turkey there is “Sibel” at the Film Center. Sibel is a mute young woman who communicates by whistles and tracks down a wolf in the mountains. At the Capawock will be “Every Day a Good Day” from Japan, where tea ceremonies quietly mark the passage of time for a young woman. Set in 1989 during Ethiopia’s civil war, the film “Fig Tree” tells the story of a 16-year-old girl whose Jewish family plans to emigrate to Israel, with potentially painful results for her.

Director Sasie Sealy will participate in a Q and A session after “Lucky Grandma,” a U.S./China production screening at the Film Center. Set in Chinatown, N.Y., this film narrates the misadventures of an 80-year-old grandmother who heads to a casino with less than successful results, and is plunged into a gang war.

Closing the festival is “Parasite” from South Korea at the Capawock, about two families who negotiate their roles together with mixed results. The Italian menu for the closing-night party at La Soffitta includes beer, wine, and a buffet with music and singing entertainment. A complete listing of festival events is available in a pullout section of this week’s MV Times.