Gerald Antone Maciel, better known to his friends and school bus kids as “Kaboobie,” passed peacefully away at home on August 21, 2019, with his wife and stepson by his side. He was 85 years old. 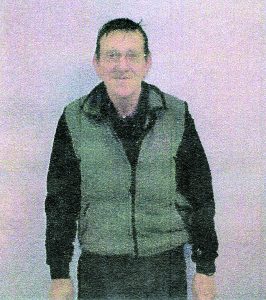 Jerry was born on July 20, 1934, in Oak Bluffs, the only child of Antone F. Maciel Jr. and Medora Barriault Maciel. He graduated from the Tisbury School. He had many jobs during his life, but the one he loved most was school bus driver — he loved the kids, and they loved him back. He as a janitor at the high school, prepared the field for football season, worked the games, took the teams to off-Island games and on field trips.

When he retired from the high school in June 1998, he drove a bus for the Vineyard Transit Authority for 12 years, until at age 75, Alzheimer’s ended his bus driving. He made his last stop at home, to be taken care of by his wife Alma and his stepson Randy until his last breath was taken on August 21.

Jerry will be buried sometime in the future, in the new Westside Cemetery in Edgartown. Donations in Jerry’s memory can be made to the Visiting Nurse Association of Cape Cod – Martha’s Vineyard, 255 Independence Drive, Hyannis, MA 02601, or to the charity of one’s choice.

Arrangements were made by Chapman, Cole and Gleason funeral home in Oak Bluffs.

After 10 long years, you can now rest in peace.