On August 17, 2019, Will Luckey, gifted musician and longtime Islander, died at Martha’s Vineyard Hospital after succumbing to a rare and aggressive form of cancer. He was 68. Luckey was perhaps best known on the Island as a piano, guitar, and voice teacher for students of all ages, but he had a particular gift for bringing out music in young people. 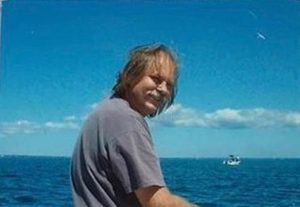 Luckey was the son of Marine General Robert and Cary Walker Luckey, and he took great pride in his ancestry. His grandfather, Meriwether L. Walker, was governor of the Panama Canal Zone in 1924. His great-grandfather, Asa B. Carey, at one time served as an assistant to Kit Carson on the Western frontier, and later bought the Mill House on Vineyard Haven Harbor, which was sold to Lillian Hellman in the 1940s.

Luckey moved to the Vineyard in 1963, and attended the West Tisbury and Vineyard Haven schools before finishing high school at Westminster School in Connecticut.

Luckey showed an early aptitude for music, and played at local Vineyard venues like the Moon-Cusser Coffee House and the Chilmark Community Center while he was in his teens.

Following high school, in 1971 Luckey went to Colorado College, but gave up school to help form a band, Magic Music, which developed an enthusiastic following with University of Colorado students in Boulder. The band, which lived in school buses up in the canyons of Colorado, was asked to open for and tour with Cat Stevens, a very popular act at the time, but they were told after playing their first set that they were fired, because “they were too good.”

For Luckey and the band, what followed was several years of touring and near brushes with national fame, but in 1976, Magic Music disbanded, and Luckey eventually made his way back to the Vineyard. On the Island he continued to perform, playing with Alex Taylor’s band, Luckey Strikes, among others, and worked as a roofer to make ends meet. But in 1991, something occurred that would change his life.

He fell off a ladder, and smashed both his elbows, his left wrist, and all of his ribs. He thought he’d never play guitar again. Instead, he chose to pursue a degree in music from Berklee College of Music, specializing in piano, which in turn would launch his career in teaching — and add some stability to his life with his wife Diane (“Cub”) Luckey and their young son, Ben.

Luckey’s Magic Music days would remain a distant memory were it not for an old University of Colorado student who remembered the band, wanted to track them down, and had the wherewithal to film the whole process. His name was Lee Aronsohn, the co-creator of “Two and a Half Men,” and he produced a documentary of the band, its music, and their amazing journey called “Forty Years in the Making: The Magic Music Movie.” It’s available on Amazon Prime, iTunes, Google Play, YouTube, and On Demand.

“Will was so much fun,” said Cub, “no matter what you did he made it a fantastic time. He always wanted people around him to feel good.”

“He made people happy because he was so giving of himself,” Will’s daughter Anna said, “He gave so much energy out to everyone, I really won the lottery when I got him as my dad.”

“He was all about music, the sea, and freedom,” Will’s son Ben said. The music was his life, and the sea was his release. He was never happier than when he was out in his boat with his family fishing for stripers off West Chop, or clamming in Tashmoo.

“He loved anything to do with the water,” Anna said. Will’s advice to her was, “Make sure you teach your kids to fish and clam and skip rocks.”

Will’s other great passion was cooking and eating. “I don’t think I’ve ever known anyone who food meant more to,” said Will’s daughter Carey. “I’m going to miss those morning breakfasts and a hug.”

Cub said that Will’s favorite color was wood. “He had this obsession with wood, the color, the touch, the warmth it provided — we were all used to hearing, ‘Hey, while you’re out there, why don’t you bring in a little firewood?’”

He was a father figure to a lot of kids, said Cub. “My friends could be a little, shall we say — ‘mischievous,’” said Ben, “and Will loved them and they loved him.” When Will died, they all came over to stack wood in his honor.

Luckey is survived by his wife, Diane Luckey; his sister, Laura Luckey; his children, Ben, Anna, and Carey; his grandchildren Emerson and Isla; and his daughter-in-law Angie.

There will be a party commemorating Will’s life on Saturday, Sept. 21, at the Tisbury Water Works, 400 West Spring St., Vineyard Haven, from 3 until 7 pm. Magic Music will be on hand to play. Guests are invited to bring finger food to share — “carry in, carry out.”

A scholarship has been set up in Will’s honor at MVRHS. Checks made payable to Martha’s Vineyard Regional High School may be sent to M.V. Public Schools, c/o Marylee Schroeder, 4 Pine St., Vineyard Haven, MA 02568. Please include “Will Luckey Memorial Scholarship Fund” in the memo line of the check.