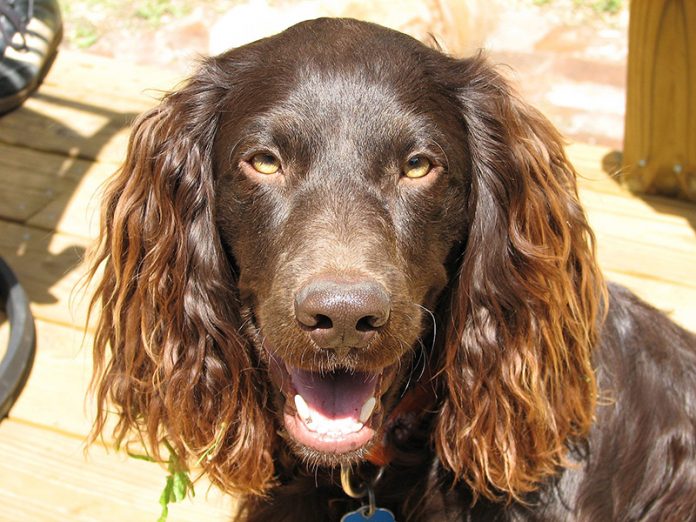 I’ve been getting paid to play intelligently with dogs for a long time — so long that I’m hard-pressed to hear a version of a dog story that I haven’t already heard multiple times. That’s why this story felt like a mild slap, a gentle kick out of a complacency cocoon: “You don’t know as much as you think you know!” The education never ends.

My buddy Dave spent days with his wife and Boykin spaniel, Hunter, on a pontoon boat with another couple. Hunter is several years old, and until this trip, his basic life’s routine was pretty staid and unadventurous; hanging out in the yard with the occasional walks, and if up for the task, a little barking at the dog with the audacity to pass the house kept him content. Then, all of a sudden, with total freedom, he’s immersed into an environment that causes his senses to explode with the incredibly rich smells and sounds of a wild lake in Florida. Until now, his deep, innate spaniel instincts lay somewhat dormant, but after the first dive into the water, Clark Kent mutated. After two days of unmitigated joy chasing critters and diving off the boat chasing everything that moved, it was time to go home. Symptoms presented first day on the drive back to the Vineyard — what we all love to talk about: puking and bloody diarrhea. Dave and his wife stopped at a vet in the first town they reached. “Sensory overload” was the verdict. Dave didn’t buy it, so he went to another vet in the next city. “Sounds about right,” the second vet said after looking at the dog’s tests and history. “He got sick from being overexcited too long. It will clear up shortly,” the vet said. Which it did.