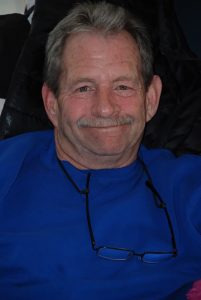 Dale was raised and spent the majority of his life in Martha’s Vineyard as a beloved member of the community. Dale was a passionate sailor and fisherman as well as a compassionate community member, devoted to serving others. He was raised in a Catholic family that taught him to care for everyone, especially those most in need.

He was loved by many. He was a knowledgeable handyman, a master mechanic, and always willing to help a friend in need. He is missed by many, and will be in the heart of this community, along with his father Ted, for years to come.

A memorial service will be celebrated in the Holy Ghost Society (P.A. Club) on Vineyard Avenue in Oak Bluffs on Saturday, Oct. 5, beginning at 11 am. Please bring a dish to share, a printed photo, or a story.