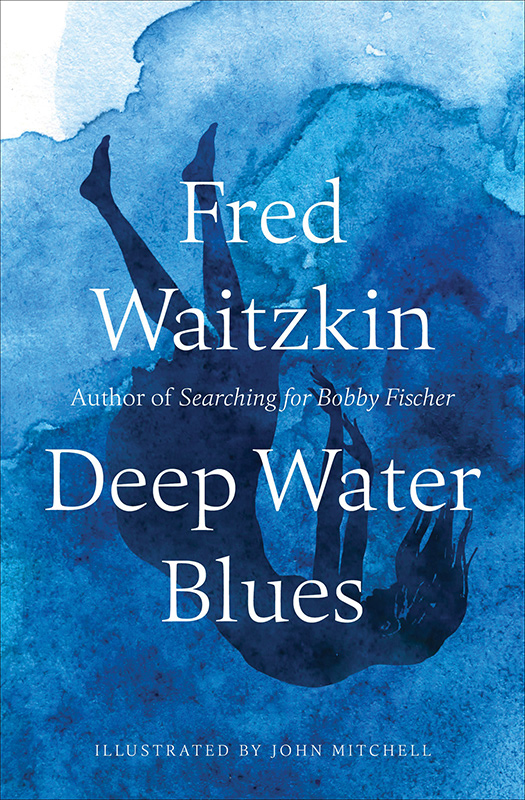 Here’s the thing about Fred Waitzkin: He’s not going to turn out a new book every year, but when you get one, it’s a primer in beautiful writing and a complete tapestry of human nature.

You get work that’s respectful of the reader; it’s been honed and polished so that all the facets shine — characters, dialogue, description, plot, and development. That was true of his first book, “Searching for Bobby Fischer,” a runaway bestseller that became an Oscar-nominated film, events that are somewhat like being hit by a meteor twice in a week.

“Deep Water Blues” is also a gem that way. It’s Waitzin’s fourth book since taking the literary world by storm in 1988 with “Searching.” Waitzkin the author nevers strays far from events and people he knows, and from themes he’s been working on and through in his own life. This is Waitzkin’s best book to date, seems to me.

Boats and a passion for big-game fishing are a big deal in his life, passed down from his father. Islands are pretty important to Waitzkin also, it appears. He happened to be born in Boston, but lives on two islands, Manhattan and Martha’s Vineyard, and visits others on the EbbTide, his venerable big-game fishing boat. Waitzkin has also fished our Derby successfully in past decades.

Boats and islands are key elements in “Deep Water Blues,” a literary docudrama about real people and events that occurred several decades ago on Rum Cay, a real place in the Bahamas. Waitzkin describes the book as a novel, since he took a true story relayed to him and reimagined the details of how it happened.

Honestly, as I read it, it didn’t matter which was fact or fiction in this yarn, other than a responsibility to inform you as a potential reader.

The plot involves a charismatic entrepreneur, Bobby Little, owner of a restaurant and marina on the tiny island of Rum Cay, a realm that drew the yachts of big hitters from Florida and other watery points to fill his slips and his wallet and to wonder about his legend. Bobby was a dreammaker, a world-class archer, sculptor, and lover of women.

Bobby worked the room in his restaurant nightly, weaving the dreams they came to hear. His friends and sort of partners, Rasta and Biggy, are native Bahamians steeped in reality. They are also real people who serve as a Greek chorus, presaging the evil to come.

Evil comes in the form of Dennis, a millionaire yachter with expansive and varied needs, some that need to be filled right now, others he’s willing to wait in the weeds to satisfy.

What follows the waiting is a coup of Bobby’s holdings by Dennis, involving bribery and influence while Bobby is in Europe wooing his next, and it turns out, final bride. The two men have a cat-and-mouse game for kingship of the marina and the island, which literally becomes a life-or-death struggle for a vanquished Bobby and Dennis, who would be king.

As is our wont in this space, we don’t tell you the denouement, so you’ll read it for yourself. But you’ll understand it and probably like it.

The old advisory that we should wear life as a loose garment has a corollary: Plan the plan, don’t plan the results. ’Cuz what you get is often different, but better than what you planned to get.

“Deep Water Blues,” based on a true story, by Fred Waitzkin. Available online and through Bunch of Grapes Bookstore, Vineyard Haven, and Edgartown Books.