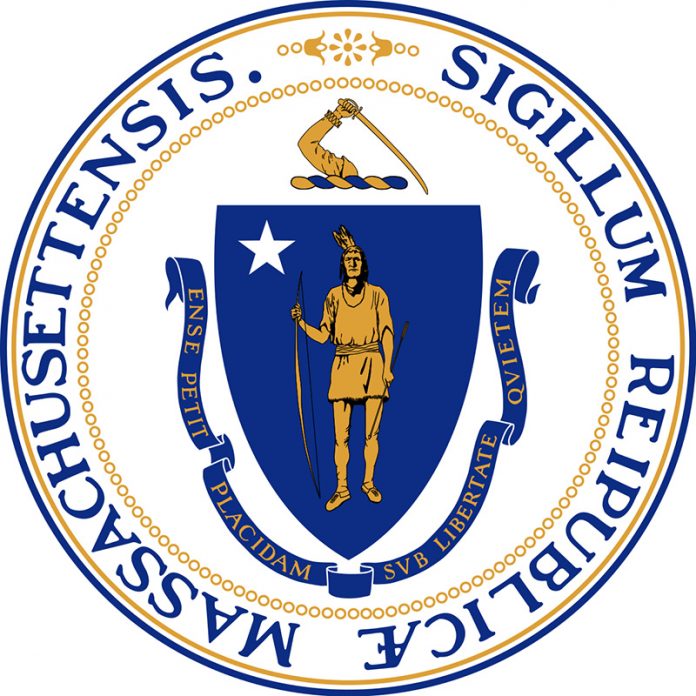 For several weeks this past spring, letters galore appeared in the MV Times about two plaques honoring Confederate soldiers placed in 1925 in Ocean Park on the Soldiers’ Memorial. The Island chapter of the NAACP requested their removal. Some letter writers thought they should remain. Others argued they should be placed in the new Martha’s Vineyard Museum. Oak Bluffs selectmen voted in May to donate them to the museum.

The MV Times explained in July that the museum included a temporary explanation of how and why the plaques first appeared. The paper reported that the museum, the NAACP, veterans, and others are currently working on “a Civil War statue educational information committee” to “create interpretive materials that fully capture” the origins and meaning of the Soldiers’ Memorial and the later appearance of the plaques.

Meantime, in the Massachusetts Legislature, senators and representatives are once again debating whether the state flag, with its the state seal depicting a Native American on a white field surrounded by a blue crest, should be replaced. It includes the words, “Ense Petit Placidam, Sub Libertate Quietem” (“By the Sword We Seek Peace, But Peace Only Under Liberty.”)

Above the figure is an arm holding a sword, said to be that of Myles Standish, a military commander who killed several Native Americans to protect the Plymouth Colony from attack. Others have accused him of being a coldblooded killer and ethnic cleanser.

The image of the Native American, apparently based on a Western Chippewa, holds an arrow pointing toward the ground. For some, it is an emblem of the surrender of the Indian people. Is it a symbol of white supremacy? Or is it an innocent depiction of two historical figures? Should the state seal be changed?

Other cities and towns across the country have dealt with removing or changing images of what, to some, appear to be ongoing racism in America. In 2017, Baltimore City leaders removed four Confederate statues, including those of Robert E. Lee and Stonewall Jackson. Also, in 2017, the Charlottesville riot, resulting in the death of a young woman protesting white supremacists, occurred when the city decided to remove a statue of Robert E. Lee.

That same year, Yale University changed the name of Calhoun College, honoring South Carolina’s John C. Calhoun, an 1804 Yale graduate who later served in the United States Senate and as vice president of the United States. A slave owner and racist, he vigorously defended South Carolina’s right to ignore federal law. His theory of nullification meant the state need not adhere to any federal attempt to abolish slavery.

Today, Calhoun’s name is expunged, and the college is named for Grace Murray Hopper, who earned a Ph.D. degree from Yale in 1934. She later became a pioneer computer scientist and a rear admiral in the US Navy.

All these events raise an important question: is there a difference between history and memory? They are not the same. Statues placed in public parks, even with short descriptions, and state seals with mere images are not history.

Historians are trained in methods of documentation and verification. Their work is always reviewable by their peers to confirm their research and argumentation. Memory is different. It requires no rigorous undertaking. Memory consists of images and emotions that may or may not reveal events as they actually happened. Time always distorts what we remember, which is why law enforcement officers want to speak to witnesses immediately after a crime is committed. We forget things or we recall them in twisted ways.

Using history to educate us about our past is critical to how we conduct our lives as citizens of a republic. The West Tisbury Library currently has a display of excellent books recently published about slavery and racial discrimination. The removal of the plaques creates another educational moment — in our schools and for ourselves. Addressing the seal of the Commonwealth of Massachusetts has the potential to do the same. We need to study them and talk about them in an open and civil fashion to learn more about our history: both the admirable and the sordid.

Jack Fruchtman, a seasonal Aquinnah resident, taught constitutional history for over 40 years and wrote American Constitutional History: A Brief Introduction and The Supreme Court: Rulings on American Government and Society.

Are we invested in county government?