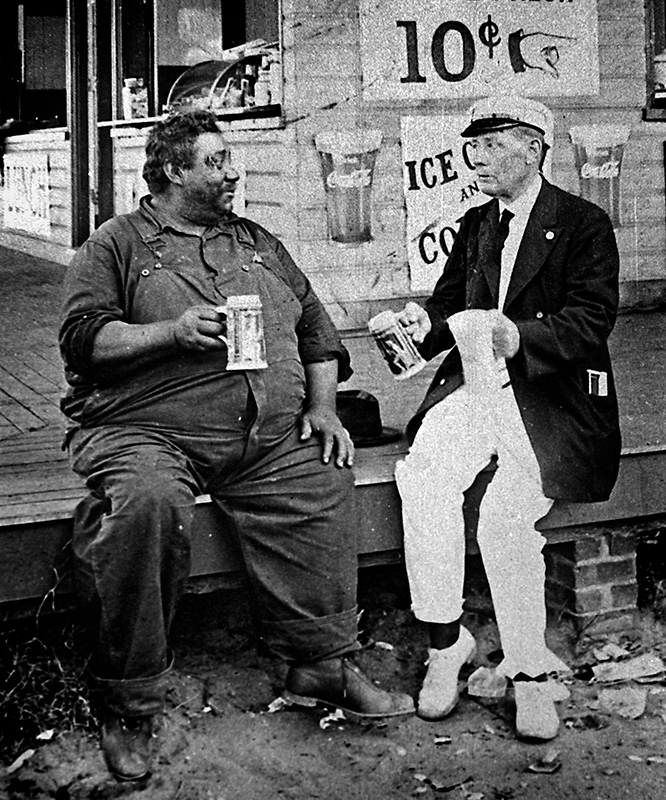 “It is stated,” recorded a writer for the New England Farmer in 1858, “that the first barley sewn in this country, was upon the island of Martha’s Vineyard, in 1602, by a man named Gosnold.”

Well, kind of. Explorer Bartholomew Gosnold’s men indeed planted the first recorded barley in the Western Hemisphere, together with wheat, oats, and peas, but it was most likely on Cuttyhunk, not Martha’s Vineyard. They abandoned the settlement after just a few weeks, and returned to England — much sooner than they had intended — and left before any of the barley would have been ready to harvest. Traditionally, barley was grown almost exclusively to make malt, which was used in the production of beer and whiskey.

Historian Charles Banks remarked upon colonial life on the Vineyard, “If drinking liquor can be called an amusement, it is certain that a considerable number of the people, from the clergy down to the serving-man, indulged their spare hours to an appreciable extent. Beer was brewed on the island. There was a malt-house at Edgartown before 1700 … The use of liquor was well-nigh universal in the 18th century. I need only cite its regular appearance at ministerial ordinations, church raisings, funerals, and weddings, as pertinent evidence on this point.”

The records back up Banks. A vote passed at the Tisbury town meeting in 1733, for instance, paid for the “good wheaten cake, good Beere & Rum & Sugar” required to raise their new meeting house. Construction of the new Chilmark meeting house in 1724 similarly involved significant expenses for rum punch, beer, and cakes, paid for by the town.

Hops, another essential beer ingredient, has also been cultivated on our Island. Capt. Joshua Slocum, freshly world famous for being the first person to sail singlehanded around the world, grew hops in a valley near his West Tisbury home during the first decade of the 20th century. David Hugo, in a 1969 article for the Dukes County Intelligencer, wrote, “As a West Tisbury farmer, Joshua was a leader in introducing a new moneymaker to the Island: hops. Flavel Gifford, who lived next door to Slocum, tells of picking hops for him at the rate of 10 cents per pound. He remembers well how light hops are and how long it took to make 10 cents. The experiment was not a success, and seems to have cured Slocum of the farming fever for good.”

But another oddly hoppy tale precedes Slocum’s experiments by just a couple of years. In the fall of 1899, Baron Louis Von Horst, a German-born hops magnate, took a surprising and rather mysterious interest in Vineyard real estate. He first purchased a single lot in Tisbury from a Boston realtor. Then, on New Years’ Eve, 1900, he purchased 20 additional lots in the remotest parts of West Tisbury — vast tracts of nearly valueless scrub oak in what is today the heart of the State Forest.

Baron Von Horst was born Louis Horst in Germany, and emigrated with his family to New York as a small child, soon becoming a naturalized citizen. In 1889, Louis and his siblings founded the Horst Brothers Co., dealers in hops and barley. They were wildly successful in the Eastern cities, soon expanding to Chicago, California, Oregon, British Columbia, and London, England. They purchased extensive hops farms across the Pacific Coast. Known as “the hop kings of California,” Horst Brothers would soon become the largest hops producer and trader in the world. A personal friend of Adolphus Busch, Horst would soon furnish a large part of the hops used by Anheuser-Busch Brewing Co. in St. Louis, Mo. While his brother managed the U.S. market, Louis Horst took charge of the European branch, travelling regularly between California, his new home in London, and his native Germany. As a reward for his business prowess, the Duke of Saxe-Coburg and Gotha in Germany awarded Horst the title of baron of the dukedoms of Saxe-Coburg and Gotha in May 1899.

The newly knighted baron and his wife set sail in the summer of 1899 to visit their California estates. It was upon returning that fall to their home in London that he purchased the first lot in Tisbury. A year later, the Horst Brothers Co. dissolved in a feud between brothers. It was during a flurry of international lawsuits between siblings that Von Horst swooped in and bought those 20 tracts in West Tisbury — some 1,000 acres, by some accounts, for which he paid on average of about $1 per acre.

It was understood locally that Von Horst was going to raise hops on the Island. His West Tisbury property included one extant farm with a small building, but whether he planted any crops is not known. He soon stopped paying taxes on the land, and there is no evidence that he visited the Island after 1900. (His agent on the Island may have been a German farmer named Henrich Buhk of West Tisbury, also connected with the Hoft family, as in the Hoft Farm Reserve and John Hoft Road in Lambert’s Cove.)

In 1914, as the World War was just beginning, Von Horst was arrested in London by Scotland Yard detectives and placed in a detention camp, charged with espionage. Von Horst asserted that he was an American citizen, but the acceptance of his German title of baron muddied that question. MI5 claimed that Von Horst had distributed “seditious literature” to the Irish, and had even tried to acquire weapons for Sinn Fein in a plot to stage an armed uprising in Ireland.

When word reached the Vineyard, the rumor spread that he had purchased his land in West Tisbury not to raise hops, but rather to establish a signal station to direct German operations during the war.

Von Horst spent five years as a British prisoner. He suffered a mental and physical breakdown, and was eventually expelled, penniless, to Germany as an “undesirable alien.” His business in ruins, and as the U.S. continued to question his citizenship and deny him entry, and as Prohibition was preparing to crush the American beer industry, Von Horst remained in Germany for the rest of his years, successfully restarting the Horst Co. hops business in Coburg. Recent scholarship has revealed that Von Horst was likely innocent of the charges of subversion and espionage. Rather, he was probably a fall guy in an internal bureaucratic war between factions of MI5 and Britain’s Special Branch.

The Von Horst lots in West Tisbury were seized by the sheriff and acquired by surveyor William Swift in 1922; they were shortly afterward taken by eminent domain by the commonwealth, and incorporated into the State Forest.