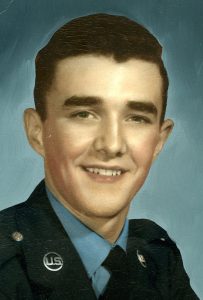 He was born and raised in Medford, the son of William Vincent and Mary (Grady) Lynch. He made his home of 45 years in Rochester. He enjoyed summers on Martha’s Vineyard, where he met and married his wife, Brenda.

After service in the Air Force, Bob was employed as a construction laborer, and was a member of Local 385 in Fairhaven.

He took great pleasure in gardening, fishing, camping, and spending time with his beloved family in the hot weather.

He leaves his loving wife of 45 years, Brenda (Worden) Lynch; his son, Robert Lynch Jr. and his wife Pamela of Swansea; his daughter, Sara Keville and her husband David of Braintree; his stepson, Richard Combra Jr. and his wife Jennifer of Oak Bluffs; his stepdaughter, Abby Sage and her husband Christopher of Braintree; 10 beloved grandchildren, Kiera, Niamh, Cian, Sophie, Richie, Annie, Troy, Emma, Liam, and Brendan; his youngest sister, Barbara, and many nieces and nephews. He was predeceased by his brothers and sisters Irene, Margaret, Billy, Dottie, Milly, Arthur, Johnny, Betty, and Rosemary.

Visiting hours are from 4 to 7 pm on Monday, Oct. 21, in the Chapman, Cole & Gleason Funeral Home, 2599 Cranberry Hwy., Wareham. His funeral will be held at 11 am on Tuesday, Oct. 22, at the funeral home. Burial will follow in the Massachusetts National Cemetery, Bourne. For directions and online guestbook, visit ccgfuneralhome.com.