Gary S. Hathaway passed away on March 28, 2019, at Gosnell Memorial Hospice House in Scarborough, Maine, surrounded by his children. 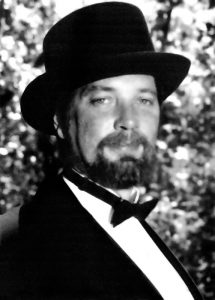 Gary was born August 1, 1953, at the Martha’s Vineyard Hospital to Lewis and Anna Hathaway. He was the youngest of four brothers. Growing up on Sengekontacket Pond, he quickly learned to appreciate the water and family-run shellfish business. Chances are he was shucking scallops before he could ride a bike!

Gary graduated from MVRHS in 1971. Shortly thereafter he joined the U.S. Navy as a submariner aboard the USS Cavalla. He told many stories of his time in the service, his time on the sub, and his worldly travels.

Known by many as “Hat,” Gary was a man of many talents and a jack-of-all-trades. Though he tried his hand at many things, the sea was his home, what he loved.

After living most of his life on the Vineyard, Gary spent the last 18 years living in the Unity and Albion area of Maine, trading the sea for the mountains and a less hectic lifestyle.
Though Gary had dealt with numerous health issues over the years, he never tired of telling jokes or stories, with a smile, to anyone willing to listen, and continued smiling right up to the end.

He is survived by his wonderful children, LuAnna of Townsend, and Gary Jr., Brian, and Kevin, all currently living on Martha’s Vineyard; his beloved grandsons, Desmond and Silas Pinkham, both now living in South Carolina; and his great-grandson, Kaiden Blaine Pinkham. Gary is also survived by many nieces and a nephew. He was predeceased by his sons Timothy J. and Joshua N. Hathaway, and by his three older brothers.

There will be a small family celebration of life in the future.

Donations in Gary’s name can be made to the Gosnell Memorial Hospice House, Hospice of Southern Maine, 180 U.S. Route One, Scarborough, ME 04074, to Veterans Affairs health care at bit.ly/VAdonation, or to a charity of your choice.