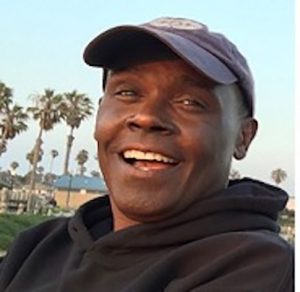 Keith was born on July 15, 1959, to Ida and Curtis Gear, formerly of Madison, Wisc. On July 9, 1986, he married his beloved and devoted wife of 33 years, Lynn Margaret Duncan of Aberdeen, Scotland. They raised two beautiful children and a service dog: son Nathan John Gear and daughter Natalie Kaelyn Gear, and his service dog Neo.

Keith was a graduate of James Madison Memorial High School in Madison, in 1977. He was a member of the wrestling and cross-country teams. He studied forestry at University of Wisconsin, Stevens Point, before receiving a degree from Divers Institute of Technology in Seattle, Wash. in marine technology in 1979. Shortly after receiving his degree, he landed his dream job as a certified commercial deep sea diver. He worked as a commercial scuba diver in the North Sea with Sub Sea International Corp. in Aberdeen for 10 years before moving back to the U.S. He then worked as production manager for Rincon Engineering in Carpentaria, Calif., for 16 years. Keith retired as the production manager for Birns, Inc., in Oxnard, Calif., where he worked for 11 years.

He loved spending time with his family, and walking his dog. He was an avid fisherman, and loved camping with his friends. He was an exceptional cook. He enjoyed traveling the world, and was brilliant at fixing just about anything his kids happened to break. He was not afraid of sharing his unfiltered opinion, and had a quick-witted sense of humor.

Keith was a brave advocate for his fierce battle against cancer, diagnosed seven years ago. He championed his survival by reading, understanding, and discussing his disease and treatment options with his doctors. Keith was an inspiration to us all.

Keith was loved by his family and many lifelong friends, and will be deeply missed. He was preceded in death by his brother, Jeff Gear. He is survived by his spouse, Lynn Margaret Gear, his children, Nathan and Natalie Gear, and by his loving service dog, Neo, of Ventura, Calif.; by his parents, Curtis and Ida Gear of Oak Bluffs; his siblings, Kenneth Gear (Selene Hitchcock-Gear) of Chevy Chase, Md., Karen Gear (Michael Ryan) of Oak Bluffs, and Bruce Gear of Owings Mills, Md.; by his aunt, Bonita Love of Gretna, Va., and his uncles, John Dearing of San Francisco, Calif., and Sherman Dearing of Gretna; and by a host of nieces, nephews, and cousins.