Resisting the urge to hibernate at home, my husband and I had driven out to Pathways in Chilmark one cold, rainy evening. We had just arrived when I got a call about Little George, a 3-year-old Yorkshire terrier who had suddenly begun sneezing. Not just an occasional “achoo,” but 20 minutes of repeated sneezes. His owners don’t typically overreact, but were getting concerned, as the diminutive nine-pound pup was starting to look really exhausted.

One week earlier I received a similar call about Big George, also 3 years old, but this time a 78-pound Labrador retriever. George and his owner had been playing fetch outside when, after grabbing the ball, he began sneezing, followed by the added excitement of epistaxis, i.e., a nosebleed. We had him come right down. Big George bounced in the door, energetic and happy, except his nose kept twitching and wiggling to one side, then every minute or so he would sneeze. The epistaxis had stopped, but there was still blood-tinged nasal discharge on the edge of one nostril. His temperature was elevated, but this is not unusual in dogs who have been running around.
A sneeze is defined as a sudden, forceful, uncontrolled burst of air through the nose and mouth, usually caused by irritation to the mucous membranes of the nose. When an otherwise healthy individual has the occasional sneeze, it’s most likely just a bit of dust up the nose. Sneezing is a protective mechanism to catch and expel particulate matter from the nose and keep it from getting into the lungs. When we sneeze not once, not twice, but three times, it’s just that mechanism being sure to clear the nasal passages. Chronic sneezing, like with a cold or allergies, is often accompanied by other signs of illness. It tends to come on more gradually, and the sneezing is intermittent. But our two Georges didn’t match these classic scenarios. Each went from completely fine to unrelenting sneezing in just a matter of minutes.
“I suspect he got something up his nose when he grabbed the ball,” I said. This is hard to prove, and can be hard to treat, especially in a big, bouncy dog who doesn’t want me to stick anything into his nostril. The conformation of a dog’s nose makes it difficult to get a good look up there without anesthetizing the patient. We held George as still as possible while I tried to get a peek. Nothing was visible, but I knew whatever he had inhaled was probably just farther up the passage out of view. With much cajoling, he let me squirt saline flush up his nose, but nothing came out. The sneezing continued. We gave antihistamines in hopes of reducing any swelling, and to calm him. I suggested his mom try administering over-the-counter saline nasal spray at home (being sure the product contained only saline and no medications such as decongestants). In any case, there was a good chance that with a little time, his body would naturally expel whatever he had snorted.
If not, his owner had several options. We could anesthetize George and get a really good look up the lower portion of his nasal passages, using an otoscope. This is a rigid, illuminated tube about an inch and a half long, designed for examining ear canals. If we saw a foreign body with the otoscope, we might be able to reach it with long forceps or hemostats and extract it. But an otoscope only lets us see the first few inches of the nasal passage, and the stiff tube limits our range of visualization. If we didn’t see anything with the otoscope, we could place an endotracheal tube to protect George’s lungs, then flush his nasal passages with copious amounts of saline in hopes of washing out whatever was causing the irritation. The final option would be referral to a specialist with a flexible endoscope, for rhinoscopy under anesthesia. This instrument allows the doctor to examine far deeper and more completely than an otoscope, in order to locate and remove the foreign body. Big George’s mom opted for conservative home care. We added an anti-inflammatory pain medication to his protocol, since he seemed uncomfortable, and sent him on his way.

I told Little George’s folks about Big George’s story. “There’s not a whole lot to do right now,” I said. “He probably just got something up his nose.” His owner reported that the tiny terrier liked to ferret around in the stone walls on their property, trying to flush out chipmunks. There was a good chance he had snorted up a bit of debris during this pursuit. I advised antihistamines, and, if possible, saline nasal spray. “Let me know if he doesn’t settle down. Give it a few days,” I said, then returned to my seat at Pathways for Holly Alaimo’s wonderful talk about the MV Wind Festival.

The rest of the evening was filled with the magic of the Vineyard. Dan Waters sang original folk songs, including a haunting piece about Nancy Luce. Christina Montoya gave a brilliant talk on cultural appropriation. Roberta Kirn showed film clips from her travels to Haiti and Kenya collecting songs, and taught us two. Abby Bender, resplendent in an outfit covered in stuffed toy kitties, shared the history of Built on Stilts. The night ended with the Black Brook Singers of Aquinnah, with Durwood Vanderhoop, Carole Vandal, and others sharing a stirring performance of traditional drumming, singing, and flute. It was definitely worth the drive to Chilmark.

I checked in today with the owners of both Georges. Big George is all better — it took about two days. Little George is improving — thank goodness. It could have been worse. The record for the longest bout of sneezing belongs to Donna Griffiths of Worcestershire, England. According to the “Guinness Book of World Records,” Donna sneezed more than a million times between January 1981 and September 1983, when it finally stopped. No explanation or cause was noted. Gesundheit. 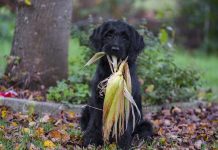 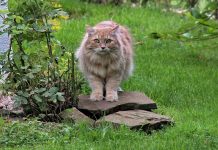 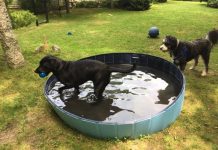