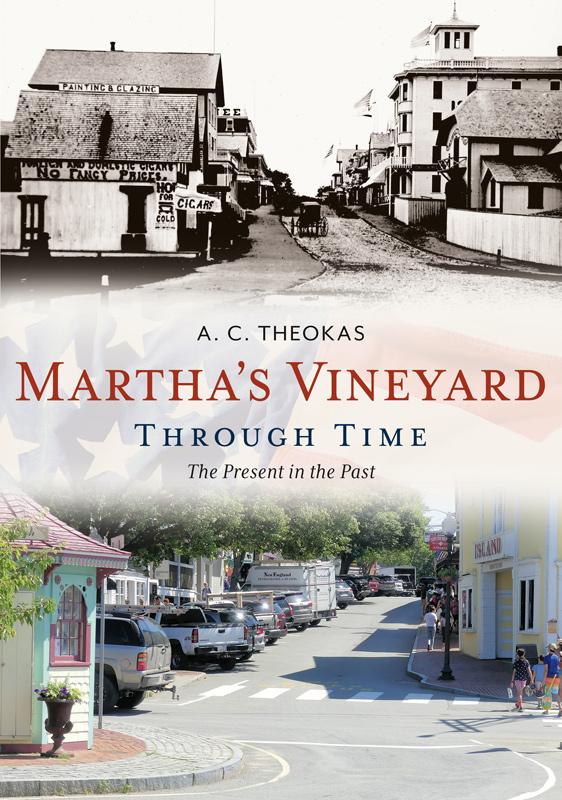 A problem with seeing yourself as a know-it-all is that comeuppance is embarrassing. That thought came to my mind while reading Andrew C. Theokas’ “Martha’s Vineyard Through Time.”

I’ve read a dozen histories of Martha’s Vineyard over the years and pretty much thought I knew it all, but in less than 10 pages of this beauty I learned new information that challenges conventional wisdom, and I was offered insights into the nature and appeal of this Island that I either never knew or figured out.

The author describes his book as a way for visitors to understand the appeal of our place, beyond its natural beauty, but his willingness to challenge generally held beliefs makes it fascinating to Island longtimers as well.

For example, we believe that Bartholemew Gosnold named the Island after his mother-in-law, who wrote the check that financed his trip here in 1602. Or that he named us after his daughter, or even that there were vineyards here at the time. But Theokas points out that real estate in those days was named after royalty, never after commoners, that there were no vineyards, and that early references are to “Martin’s” island and the current name may be a variant of “Martin.”

Now we don’t know the truth of the various naming theories but Theokas’ thinking on a variety of subjects adds perspective to the mystery of how the Island captures people immediately.

For example, Britain-born Theokas plucks a fascinating quote from author John Fowles in his introduction: “Island communities are the original alternative societies. That is why so many mainlanders envy them. Of their nature, they break down the multiple alienations of industrial and suburban man. Some vision of Utopian belonging, of social blendedness (sic), of an independence based on cooperation, haunts them all.” That says it all.

Theokas also describes the appeal of our architectural variety, explaining how and why our towns got to look this way. Edgartown was the first Island settlement and is replete with Greek Revival-style public and private businesses because that style was all the rage at the time and later generations followed suit.

Oak Bluffs, on the other hand, became a community in the 1800s, springing from roots in the religious Revivalist movement. Thus the tiny houses in the Campground neighborhood have a religious architectural cast as they replaced canvas tents that originally housed the religionists. Here’s a tasty nugget. Theokas theorizes that Illumination Night has its antecedent in the glow from lamps in the tents in the mid-19th century that illuminated the night and the Campground.

Theokas has about 150 photos in this book, with comparative looks at an Island street or neighborhood from the past and the present. He uses an old photo of a scene from 100 or more years ago, comparing it with a more recent one, with accompanying informational prose, a technique used to good effect by Bow Van Riper of the Martha’s Vineyard Museum in “Martha’s Vineyard,” published in 2018.

The technique allows us to see change but also to note how much is unchanged. Theokas posits that, as an Island, we are relatively free from chasing the vagaries of changing design fashion over generations, as if we know the models we were given are fine, we just build on them.

Now this is a small book, but it plays bigger. You will spend more time considering what you’ve read than in gobbling up pages in a larger opus.

His publisher tells us that Theokas is working on another Island history. It will be welcomed.