The Dennis-Yarmouth Dolphins rallied from 11 points down in the third quarter and outlasted the host Vineyarders in a seesaw fourth to claim a 60-55 Cape and Islands Atlantic Division boys basketball win Tuesday afternoon at the Sancy Pachico Memorial Gym in Oak Bluffs.

After a bruising, scrappy first half, the Vineyarders went to the dressing room with a flourish, leading 25-20 after Jeremy Regan popped a three-pointer from the top of the key and Rammon Dos Santos swatted down a Dolphin bid at the other end of the floor.

Aiden Rogers started the second half by swishing a pair of treys, sandwiched around a single D-Y free throw, and the lead was 31-21. When Jared Regan buried another three with 3:40 left in the third period, the Vineyard lead was 36-25.

Unfortunately for the hosts, the fouls had started to pile up, and the Vineyarders got into foul trouble. D-Y was in the bonus with 3:03 left in the third quarter, and made 10 of 16 shots from the stripe in the period. The Vineyard lead eroded, and the Dolphins ended the third quarter by converting a Purple turnover into a Connor Campbell three-pointer to tie the game at 39-39.

Early in the fourth period, Connor Campbell banked the ball off the glass to make it 41-39, capping off a 16-3 run, and the Dolphins had their first lead since early in the second quarter. From there, the teams traded the lead several times, with Jared Regan and D-Y’s Alex Stowe trading big buckets.

With 35 seconds remaining, Jeremy Regan hit a jumper, cutting the D-Y lead to 56-55. Campbell then drove to the basket and drew a foul from Trusty, who fouled out with 20.2 on the clock. Campbell made both free throws, and the Dolphins led by three. On the next possession, Jared Regan went for a three-pointer to tie it, but the shot wouldn’t drop, and the Dolphins ran the length of the floor, putting the game away with an easy basket.

“Well, we played 28, 29 minutes good enough to win, and we just didn’t finish,” Coach Joyce said. “We made mistakes down the stretch that we shouldn’t make, even that last play. They didn’t run. We talked about it, everyone is going to be on Jared, so we’re trying to get Aiden open for a three from the corners because he’s made a bunch today … but it’s all execution, just execution at the end of the game. You know, these guys have to learn from that. That’s a game we played well enough to win, and that’s a good team. I told them that 22 [Connor Campbell] and 25 [Alex Stowe], the point guard and the big guy, they’re the two best players we might see all year, and, maybe, Greenleaf [Cape Cod Academy’s sophomore Jaeden Greenleaf] on Thursday. Those teams know what they’re doing. They’re not only talented, they understand the game; they move off each other, they finish shots with calmness.
“That’s what I was trying to tell my guys. Like, when they’re pressing you, trying to speed you up, you can play fast, but you have to play calmly. If you start flinging the ball, that’s what they want you to do, and that creates turnovers and mistakes. So, it’s OK to play fast as long as you play calmly, because then you can execute and beat what they want you to do. When you rush, you make mistakes, and that’s what happened. We just made mistakes in those last two and a half minutes that cost us an opportunity to win. We still might have lost, that team’s good enough. They could have done whatever they needed to do too, but they executed the last 2½ minutes better than we did. We have to learn from it and do better the next time around.”

The aforementioned Stowe and Campbell finished with 24 and 20 points respectively for D-Y. Jared Regan scored 24 points of his own, and shot a perfect 6 of 6 from the line to lead MV, with brother Jeremy Regan adding 10 more, and Aiden Rogers chipping in a trio of treys.

In the JV game, played prior to the varsity contest, the Vineyarders pulled away from the Dolphins for a 49-41 win. Ty Matthew led MV with 17 points, followed by Matheus Rodrigues (13) and Nico Arroyo (12).

The Vineyarders travel to Osterville to play Cape Cod Academy on Thursday before hosting Nantucket on Saturday afternoon. The JV game starts at 12:30 pm, and the varsity game at 2. 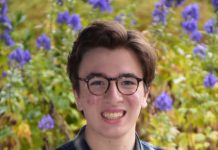 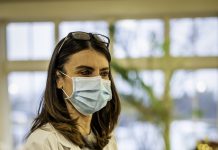 Making his case to voters