When I was a young veterinarian, many moons ago, I had a patient named Heidi. A quintessential Island Lab. Short, stocky, sensible. An all-around great dog. When I first diagnosed her with diabetes mellitus, her elderly owner was overwhelmed. “I can’t give shots every day,” he protested. “Can’t we control it with diet?” Unfortunately, diabetic dogs really need insulin injections. I convinced Heidi’s dad to try, and he soon discovered it wasn’t difficult.
Pet owners often have these questions and reservations. This month I’m working with both a newly diagnosed diabetic cat and a dog. Right now, both need insulin. Canine Lassie will need insulin the rest of her life. Feline Jennyanydots might ultimately go into remission, meaning we might eventually be able to control the disease with dietary management alone. Why are cats different from dogs? Well, first let’s review diabetes basics.

Diabetes mellitus is a metabolic disorder caused by an absolute or relative insulin deficiency. When animals eat, the body digests food, breaking it down into simple sugars (glucose) that are absorbed into the blood. As blood sugar rises, an organ called the pancreas responds by secreting insulin. Insulin is a hormone that works like a courier, transporting sugar molecules from the blood into the cells, where it can be utilized to fuel the body. Without sufficient insulin, sugar cannot get inside the cells where it needs to go. The animal eats and eats, but loses weight. High blood sugar makes her feel thirsty. She drinks and drinks, and pees and pees.

So why isn’t Heidi’s pancreas making enough insulin? There are three types of diabetes mellitus. In Type III, some other illness, such as Cushing’s disease, interferes with insulin activity. Relatively uncommon, Type III may resolve with treatment of the underlying disease. Type II diabetes afflicts many of us chubby, sedentary baby boomer humans. It is also the most common form in cats. Often triggered by obesity, as well as genetics, the body becomes resistant to insulin, requiring increasing work from the pancreas, until it just can’t keep up with the demand. In people, Type II diabetes can often be controlled with diet, exercise, and oral medication. In cats, it is best to start with insulin injections along with diet changes. If aggressive treatment, including insulin, is begun soon after diagnosis, up to 60 percent of cats will eventually be able to stop insulin and maintain with just diet. But without fast, aggressive intervention, remission rates drop to 30 percent.

Dogs are different. Dogs are almost always Type I insulin-dependent. Thought to be an autoimmune disease compounded by genetic and environmental factors, the immune system gets confused and attacks the pancreas, destroying the cells that produce insulin. Treatment invariably requires daily insulin injections. In people, Type I used to be called juvenile diabetes, because typical age of onset ranged from infancy to early 30s. In dogs, Type I diabetes usually occurs in middle-aged to senior animals. Breeds predisposed include German shepherds, beagles, schnauzers, cairn terriers, Samoyeds, and poodles. Juvenile onset is rare, but more common in golden retrievers and keeshonden. Females are more often affected than males (although the reverse is true in cats).
I talked to both Lassie’s and Jennyanydots’ owners. “You’re going to take over the job of her pancreas by giving insulin injections,” I said. A normal pancreas responds to blood sugar fluctuations, constantly adjusting insulin output. We make do with just two injections daily, starting with low doses, then monitoring to adjust. Both pets need a predictable diet fed on a specific schedule. Because cats are usually Type II, choice of food is very important. Cats fed only canned food with less than 7 percent carbohydrates have much higher remission rates. For dogs, diet is less of a factor, though low-carb, high-fiber food will keep blood sugar more level throughout the day.

Ideally, each pet will come into the hospital periodically for a “glucose curve,” during which we check blood sugar every few hours throughout the day to assess when the insulin effect peaks, and whether to increase or decrease the dose. At home, clients can monitor in various ways. One easy way is testing urine glucose with a dipstick. Normal urine does not contain glucose, but when blood sugar is elevated, glucose spills into the urine. By testing urine sugar levels, we can get a rough idea of how well blood sugar is being controlled. Too little insulin is a problem in the long term, but too much insulin can be rapidly fatal, causing hypoglycemia (low blood sugar), which manifests as weakness, staggering, vomiting, incoordination, seizures, coma, and sometimes death. Nowadays, owners sometimes learn how to test blood sugar at home with a Glucometer. Pricking the ear or footpad to yield a drop of blood, owners can measure pets’ blood glucose at home. Although not approved for use in animals, some veterinarians are trying continuous glucose monitoring devices marketed for people. These devices are implanted on pets’ backs, allowing owners to take blood glucose readings without having to obtain blood samples. If blood sugar drops too low, the pet needs to be fed immediately, or even given a dose of concentrated sugar, such as Karo syrup.

Jennayanydots and Lassie have started on insulin. We will rely on a combination of in-hospital and at-home monitoring while getting them regulated. It is always a steep learning curve for both owners and pets, but in general I find both humans and animals soon get the hang of managing their diabetes. Heidi’s owner did brilliantly for a year, but when the old Lab developed cataracts and went blind, a common sequela to diabetes, it was just too much for him. We discussed euthanasia, but I had gotten so attached to the old girl, I took her home myself. It gave me useful, firsthand experience dealing with the day-to-day challenges of owning a blind, diabetic pet. More important, it gave me a wonderful year of companionship with a truly special dog. Thanks, Heidi. I hope Jennyanydots and Lassie do as well.

Visiting Vet: Essential oils may not be safe for your pet.

Visiting Vet: A rough start to the new year 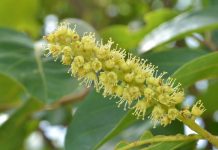 Visiting Vet: What’s in a label?