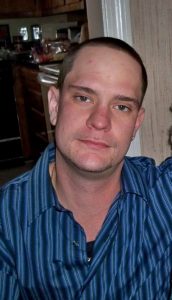 He was born on Nov. 16, 1984, to Margaret (Staples) and Bill Stafursky of Oak Bluffs. Rob’s childhood was filled with Island activities — schools, camps, teams, swimming, sailing, Catholic church, etc. He participated in the MVRHS golf and track and field teams, and the Close-Up program. He attended Curry College in Milton before returning to the Vineyard to start his career.

Rob was known for his caring and loyal friendships, which were ever-present, as was his fine sense of humor. He enjoyed just being with a friend — especially playing video games, watching shows, and riding around while listening to rap. Rob loved animals, and often took care of friends’ pets as well as his own cats. Washington, D.C., London, New England, and Canada were trips that are fondly remembered. The Island was ingrained in Rob, and he always wanted to be at a beach or surrounded by nature.

Rob’s move to Lowell brought new friendships, and that is where his friend introduced him to his fiancée, Sheila. He and she became inseparable. Sheila introduced him to her friends and the city of Lowell for the past three years. They enjoyed walking through the city, feeding the ducks, or walking along the rivers, and of course, going for rides. Both went to work for Uber Eats.

On Saturday, Feb. 15, 2020, a funeral Mass will be celebrated at 11 in St. Augustine’s Church, Franklin Street in Vineyard Haven, followed by burial services at Sacred Heart Cemetery in Oak Bluffs. All are welcome to join family and friends at the Ocean View Restaurant in Oak Bluffs.

Arrangements are under the care of the Chapman, Cole and Gleason Funeral Home, Oak Bluffs. Visit ccgfuneralhome.com for online guestbook and information.