Last week, after a video of celebs singing “Imagine” went viral, the staff at The MV Times thought it would be awesome if our Island musicians did the same. We reached out to musician Sean McMahon, who took the project on. You can find the video at bit.ly/imaginemv.

“In order to make the video, I texted instructions to each of the 26 participants one at a time with their assigned lyrics, and, most important, the key to sing in!” McMahon wrote in an email. “It took about two days to get everyone’s responses, and then I edited them together. Two that were sent to me in different keys required me to do some pitch-shift surgery on the audio, which was a fun challenge. It was quite emotional to see all these familiar faces singing such a medicinal song. We certainly won’t take for granted our social gatherings anytime soon.”

We thank all of the Island musicians who participated, especially Sean McMahon for putting this project together. 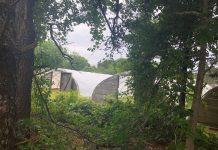 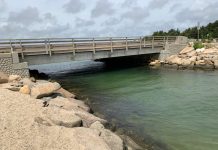