Muriel was born May 16, 1933, in Oak Bluffs, daughter of Arthur J. and Mary (Bonnar) Doane. She was a resident of West Tisbury for many years, previously residing in Melrose. Muriel was a graduate of Melrose High School, class of 1951. She went on to become a registered nurse after studying at Melrose Wakefield Hospital School of Nursing. 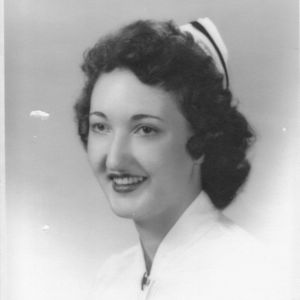 Muriel was a registered nurse at Melrose-Wakefield Hospital; she worked in the operating room, then in medical ICU for many years before becoming head nurse on Medical 3. Muriel retired in 1985. After retiring, Muriel worked as a warden at the elections in West Tisbury, and also worked for the Visiting Nurses Association of Martha’s Vineyard until the age of 81.

A graveside service was held at West Tisbury Cemetery on May 16. In lieu of flowers, donations in Muriel’s name may be made to Friends of the Up-Island Council on Aging, P.O. Box 3174, West Tisbury, MA 02575.