Lee was born on Jan. 20, 1945 to U.S. Air Force Lt. Lemuel Huston McCormack and Hazel Luke McCormack in Seymour, Ind. He spent most of his childhood traveling with his family between Washington, D.C., and Europe. During their travels, Lee and family were stationed in Washington, D.C., West Germany, and Italy. Lee roamed the streets of Rome, Italy, with his boyhood Italian friends absorbing sights and sounds that most adults never experience in an entire lifetime. A source of his creative genius as an adult, Lee became a “Road Scholar” at a very young age from his many travels abroad and life experiences. As a young adult, Lee worked in construction in Washington, D.C., and became noted in local periodicals as an up-and-coming artist and designer of custom furniture.  In 1971, while living in Washington, D.C., Lee married June Ditchfield and together had their loving son, Devin, and daughter, Meghan. 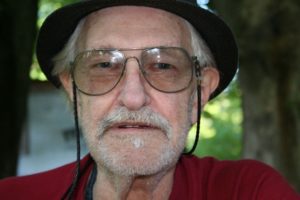 In 1972, Lee was offered the opportunity to become the foreman for the only locally owned construction company on Martha’s Vineyard. Although he spent his adult career as a builder of homes, Lee’s true passion and life’s work was his art which took many forms. He was an artist in paint, sculpture, music, but most fervently in poetry, which was his true love. In July 2012, Lee was selected by the Martha’s Vineyard Poetry Society as the first Martha’s Vineyard Poet Laureate. Over his 48-plus years living on the Island he loved, Lee authored hundreds of timely, stirring, funny, thought-provoking and, yes … sometimes even dark poems that cause the human soul to dig deep to reach its meaning.

There will be a private burial at Lambert’s Cove Cemetery in West Tisbury on Martha’s Vineyard April 17, 2020 officiated by Chapman, Cole & Gleason Funeral Home. Please visit ccgfuneralhome.com for online guest book for condolences to the family and information. An open memorial service will be held at a later date.