On April 15, an anonymous Martha’s Vineyard Regional High School (MVRHS) student created the Instagram account called @vineyard_march_madness, which stated “finding the hottest girl on MV” as its goal. A picture featuring a March Madness-style tournament bracket was posted, wherein high school girls at MVRHS were pitted against one another. In the account’s Instagram story, polls were posted inviting people to choose winners from each bracket. Many members of the student body expressed outrage towards the account for promoting the misogynistic practice of objectifying women, and the account was taken down within hours, calling attention to the ways in which student learning has crossed-over into daily life.

Principal Sara Dingledy agreed that MVRHS’s Stand With Everyone Against Rape (SWEAR) program could’ve played a role in how the students responded to the incident. SWEAR is a program that aims to teach healthy relationship practices and prevent sexual violence and harrassment.

Freshman Cali Giglio said, “I noticed how a lot of people were posting about it on their [Snapchat] stories and saying ‘take this down.’ It was good to see everybody stepping up and saying their opinions, showing how this was so wrong.”

Within hours of the account’s creation, assistant principal Jeremy Light said he was “bombarded with emails and phone calls from students both male and female.” One of those students was senior Jackson Pachico. “I was very grossed out by it at first, and I immediately reported [the account],” Jackson said.

Senior Julia Gomes said: “After realizing what was going on, I was just surprised that someone would choose to come up with something so degrading with all of this free time. It just seemed so pointless.”

Cali was reminded of a book she read last year called “The List.”

“It was about these boys who made a list of girls for each grade of the hottest and the ugliest. That’s [what the account] reminded me of. I felt like that was very wrong.”

While the account itself was disappointing for her to see, Principal Dingledy believed that its removal could be seen as a win. “What was positive was how many students took an active role in calling out what this account was, which was inappropriate, degrading, and not something that anyone wanted the high school or the student body to be attached to,” she said. “It was great that the students reached out to seek help in figuring out how to get [the account] down and how to put a stop to it. That was heartening.”

Junior Ruby Reimann felt that the account’s creator(s) wanted to create controversy to distract from the monotony of quarantine. “I believe these people wanted to stir up the pot. This account wasn’t made to make anyone feel better about themselves. It was to bring people down, and boredom is no excuse.”

“Girls were instantly comparing themselves to the other girls that they were put against,” said Cali, “and I think that made them feel put down and they don’t think they’re as pretty as them. It was ruining people’s self confidence and I don’t think [the account’s creator(s)] get that.”

“This account has gotten many students to unite,” said Ruby. “More students have become empathetic towards others’ feelings and more supportive of the idea that there is no ‘perfect’ body, and each of us are beautiful in different ways. Not just physically, but in our hearts and minds.”

As of now, no one has been held responsible for the account. Phone numbers have been identified and the school resource officer has been reached out to and is looking into the matter.

At the end of the day, Ruby hopes that the creators and supporters of the @vineyard_march_madness account would be able to have a change of heart. “As for those that still believe this account is okay, I hope one day they will be able to recognize the negative effect it had on the students named in the post and even the ones that weren’t named. Maybe one day they will learn that comparing women by their physical appearance isn’t acceptable.” 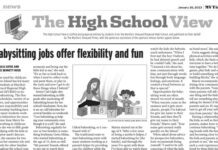 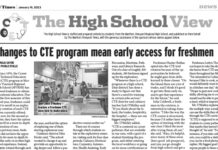 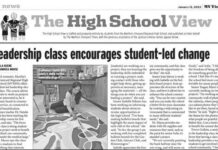