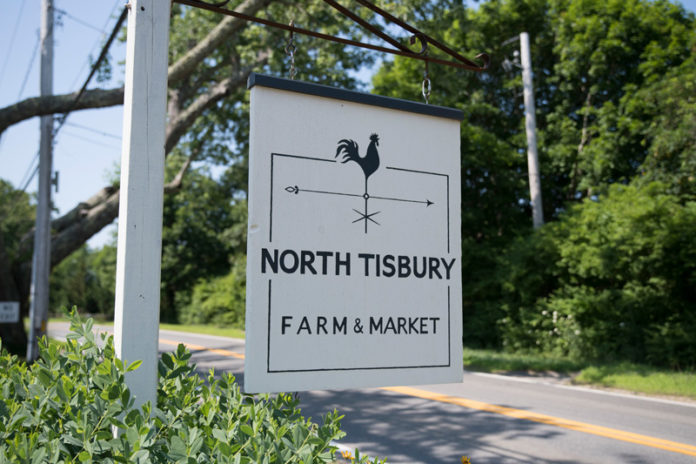 North Tisbury Farm & Market is looking to open earlier than usual, and shift its focus from high-end products like truffle oil to offer grocery staples and take some of the stress off the Island’s other supermarkets and grocery stores, owner Rose Willett told The Times. She plans to offer curbside pickup and delivery.

Willett, who typically opens the West Tisbury shop at 632 State Road on Memorial Day weekend, is looking at a May 10 opening. She had hoped to open even earlier before finding out that the store’s roof needed some fixing after the winter. On the store’s Facebook page, she provided a survey to get feedback from customers on what would be helpful for her to carry.

“What we’re really looking to do is expand on the staple grocery items. More in the way of organic grain, legumes, pantry items,” Willett said. “We’re expanding our offerings as far as animal proteins are concerned. We’ll have different price points and expand the options.”

That means more items in the store for less money than she typically charges. “If I’m selling truffle oil, it costs what it costs. It’s an expensive item,” she said. “I’m not going to be stocking a lot of truffle oil products right now. I’m changing the game plan.”

So what is that game plan?

“I’m going to offer as much value as I can,” Willett said. “It’s going to be more challenging to be opening the way we are. Curbside and delivery. Folks can call in as well. Whatever I can save in overhead will be reflected in my pricing —  not as big of a staff, recycling cardboard boxes, whatever we can do to keep pricing down is the intent.”

One area where Willett’s prices have always been competitive is in her locally grown produce prices. She plans to offer even more local produce after leasing space at Whippoorwill Farm off Old County Road, she said.

“We’ll be offering fresh bread and pastries and whatever is produced locally,” Willett said. “We’ll offer what we’re growing as it comes.”

She has been asked and given consideration to opening year-round, but it would require winterizing the building and losing something in the process. “I like the seasonality of certain places, there’s anticipation and excitement. You enjoy it when it’s there and then there’s a respite for a few months,” Willett said. “There’s something to be said to not having access to certain things all the time.”

For example, spoiled by the taste of fresh-grown tomatoes at her farm, she can’t eat tomatoes during the winter months. She’ll wait until they’re at their best in July.

Willett plans to share a percentage of her sales to help the Island Food Pantry, she said. That’s to be determined based on how business is when she opens up. She has also joined Martha’s Vineyard Bank’s Lift Certificate program, which aims to help local businesses.

“In the meantime, we’ll see what we can do to support each other and get through this the best we can,” Willett said.