Edward F. Jordan of Dover and Edgartown died peacefully on May 6, 2020, in Natick, at the age of 92, after a heroic battle with declining health. 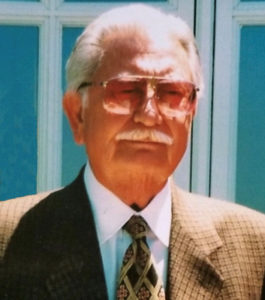 Ed was born on Dec. 6, 1927, in Boston. He attended high school in Portland, Maine, served in WWII where he was injured in the line of duty, graduated from Gorham State Teachers College (University of Maine), and then joined New York Life Insurance Co., where he had a distinguished 33-year career. Ultimately he became the manager partner of the Boston (Bay Colony) office, and developed that into the No. 1 New York Life office in the country. During his career, he developed many lifelong friendships and helped numerous individuals share success within the insurance industry, while providing financial protection to countless families. In 1967, after many company transfers, he settled in Dover, calling it home, and made many additional friends. At the time of his passing, he was the oldest active member of the Dover American Legion, and scheduled to be Dover’s 2020 Grand Marshal in the Memorial Day celebration.

Despite his professional success and accomplishments, Ed was — above all — a man who loved and cherished his family. A devoted husband, father, and grandfather, he was a thoughtful friend, dedicated brother, and tough but super-caring human and father. He loved nothing more than cooking holiday meals, hosting events, hunting in Maine, gardening, fishing, clamming, reading, telling jokes, dining out with friends, Westerns, Caribbean travel, and caring for his beloved homes and Dobermans, most of which, for simplicity, he named Toby.

The family would like to express their gratitude to the healthcare team at Mary-Ann Morse. In addition, they would like to thank Leonard Morse Hospital and Martha’s Vineyard Hospital for their outstanding care over the past 52 years, as well as the Dover community, including but not limited to Dover Police, Fire, Highway, and Council on Aging, all of whom helped Ed on multiple occasions.

A family, Catholic graveside service will be held on May 9 at Highland Cemetery in Dover, at noon. Due to the coronavirus, a celebration of his life will be scheduled at a later date.

In lieu of flowers, donations may be made to the Dover American Legion (Edward F. Jordan donation), 32 Dedham St., Dover, MA 02030, or at doverlegion.org. Funds will support veterans and the community. For online guestbook, go to gfdoherty.com. Funeral arrangements are in the care of George F. Doherty & Sons Funeral Home, Needham.