There was that time when his students walked in to find him standing on his desk, smoking a fake cigarette: completely straight-faced, like nothing was out of the ordinary, demonstrating the condition of a character in one of the short stories they’d read. Then there was that time in his creative writing class, when he put a dandelion in a Mason jar on a desk in the middle of the room and told the class to write as much as they possibly could just about that one, small weed. One student remembers being baffled by the challenge — how much could possibly be said about something so ordinary? And then the students began to write. And write. And write. And write. Many found that they did, after all, have so much to say. And English teacher Bill McCarthy gave them the opportunities, and instilled in them the confidence they needed to say it.

After 32 years of teaching, Mr. McCarthy will retire at the end of this school year, having spent the last 21 at Martha’s Vineyard Regional High School (MVRHS). Over the years, he has mostly taught 10th grade English, AP Language and Composition, Creative Writing, and Intro to Philosophy. He has also been the faculty advisor for Seabreezes, the school’s award winning literary magazine, where he helps students to publish their poems, short stories, and artwork.

“I get a kick out of [my students],” he said, “and I do enjoy being with them in class. It’s the kind of youthful high spirits and vitality that students bring into our conversations or our situations in class. They amuse me, and I take great pleasure in the interactions that I have. The world is ahead of them, they’re at the top of the road, and it’s an optimistic place. I love their optimism, energy, and their shenanigans. I like their playfulness, and I like to play myself.”

Born and raised in New York City, Mr. McCarthy worked in scholarly publishing for a decade before beginning his teaching career in the New Jersey public school system in 1988. In 1998, Mr. McCarthy took up his current teaching position at the high school in the English department.

Known for his conversational teaching style, Mr. McCarthy captivates his students with meaningful class discussions on books. Sophomore Alison Custer said, “I could tell [from day one] that he loved his job,” she said. “He’s super-passionate about English, and he wants to hear what his students have to say.”

His profound conversations go far beyond the classroom and the people in it. School librarian Kevin McGrath will miss his afterschool conversations with Mr. McCarthy in the library. “Not only does Bill have an encyclopedic, and even sometimes esoteric, knowledge of film, literature, and music, he is a profoundly gifted listener, offering his genuine consideration to comments, statements, or questions I’ve presented to him, however half-baked or unintelligible they may be. He has a deep well of patience, respect, and empathy,” McGrath said.

Former MVRHS English teacher Todd Sawyer, who currently teaches at Concord-Carlisle Regional High School, felt that impact after moving away from the Vineyard. “There was an intellectual curiosity that felt richer after countless literary discussions (and many debates) with Bill. There was an elevated joy that I took in introducing students to the ‘sweet mystery’ of books, because that was what I always watched Bill do. And there was a hallowed dedication to the vocation of teaching that Bill inspires in all who have seen him hidden behind a towering pile of student essays at his desk,” he said.

Junior Rachel Salop has enjoyed Mr. McCarthy’s sense of humor. “I’m going to miss just walking by, saying hi, and getting stuck into a conversation in his classroom. Or him making fun of me and my friends in class,” she said.

Rachel recalls one story she particularly enjoyed: “He told us all about his first date. I think it was at the Museum of Natural History. He compared himself to Holden from ‘Catcher in the Rye,’ and how he got in a fight with this guy about stealing his girl. The whole class was laughing so hard. That was such a good day,” she said, reminiscing about Mr. McCarthy’s storytelling ability and literary knowledge.

Compass program English teacher Amy Reece spoke of walking by his classroom during the school day: “Bill makes language arts feel like the language of life: deep, relevant, and worthwhile. I walk past a lot of classrooms in the typical school day. Bill’s classroom is consistently an oasis of focus and engagement.”

Regarding the joy that he has experienced during his career, Mr. McCarthy said, “I have a lot of friends who work in the corporate world, and they didn’t have nearly the fun that I had as a teacher, just ’cause the kids are by and large wonderfully sweet, hopeful, and good-natured,” he said with a laugh.

As for his retirement plans, he has a few ideas. “Reading, relaxing, enjoying a scholarly life, but also doing a lot of traveling. I’m certainly interested in working with languages or learning a language, playing an instrument, but I mean, How many things can you do?” he said.

When asked what he gained from his time in the profession, he said, “Humility. You like to think you can reach everybody, and it’s not always going to happen. You just do the best you can. Resilience. You get beat down one day, come back and try it again. You just gotta get up every day and do the best you can. Even if it didn’t work the day before, try something new.” 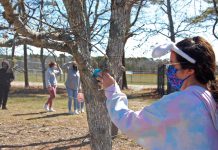 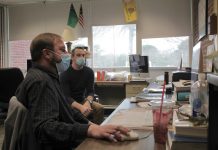