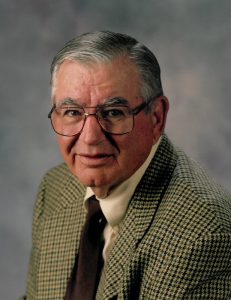 Dick was born on Dec. 3, 1931, in Los Angeles, Calif., the oldest of three children of Charles Albert and Martha Jane Hadley Thorman. He graduated from East Los Angeles High School and Whittier College. He served briefly in the U.S. Navy at the end of the Korean War.

Dick worked in several jobs before moving his young family to the Boston area. He became the general manager for the Island Country Club on Martha’s Vineyard for several years. At the same time, he developed Waterview Farms, a housing development that conserved natural spaces, views of the ocean, and green areas for native habitat. It still stands today.

After his time on the Vineyard, Dick and his family returned to California, where he helped build the Good Life, a timeshare development at San Vicente Country Estates in Ramona. His career encompassed golf-related residential and resort experience. His projects included consulting, planning, financing, development, construction, marketing, and operational bottom-line responsibility for major golf companies. Southern California PGA honored Dick with its 2000 President’s Award, recognizing his tireless work in the golf industry. The award is presented each year to an individual who has given extraordinary service and contributions to the game.

Dick had a love for flying, and owned a plane for some time. In the ’80s, he and his wife LyAnne flew across the country, and he detailed his trip in a national magazine for pilots.

In his later years, Dick nurtured his love for gospel music. He and LyAnne moved to Brentwood, where they purchased the Brentwood, a bed and breakfast. With the help of his daughter Lisa and her husband Bud, they turned this into a viable business for several years. In the meantime, Dick joined the First Church of the Nazarene in Nashville, and later Brentwood Baptist Church. In both churches, Dick was active in the choir and music ministries. In the past few years, Dick was on the board of deacons at Brentwood Baptist, and served as a trustee.

Dick was married three times, first to Dona Jean Lester, from 1955 to ’57, and then from 1960 to ’78. This ended in divorce. Dick met and married LyAnne Rennie in 1983, and she died in 2013, after a long battle with cancer. Dick then married Beverly Jean Cleckner, whom he had met at Brentwood Baptist, in 2018. She survives him.

Dick is also survived by his four children: Tim (Sherryl) Thorman, of Virginia; Lisa (Bud) Rusche of Arizona; Jennifer (Wayne) Moss of Thompson’s Station, Tenn.; and Emily Hennessy (Larry Riddle) of Florida. He is survived by seven grandchildren and eight great-grandchildren; his brother Chuck of Colorado and his sister, Ida Middlesworth of California; along with two nieces, two nephews, and several cousins. In addition to his wife LyAnne, he was preceded in death by two grandsons.

Due to the pandemic situation, there will be no memorial service at this time. Memorial gifts may be sent to Brentwood Baptist Church, 7777 Concord Road, Brentwood, TN 37027. Arrangements are under the care of Williamson Memorial Funeral Home, 615-794-2289, williamsonmemorial.com.