The pandemic with a shelter-in-place order has pushed us all in different directions. Arriving at my house on Martha’s Vineyard, the first thing that caught my eye was David McCullough’s “John Adams.” “That’s perfect,” I thought. A book I had always meant to read was just sitting there waiting for me. I made a schedule to read seriously an hour a day. Having mostly grown up in Europe, where there was no American history taught at school, I felt “John Adams” would fit the bill. The author is an Islander too, so the book would fill two bills. I became totally absorbed learning about the long, hazardous trips it took Adams to go to Europe, about the smallpox plague in Philadelphia, echoing today’s pandemic, and the fact that his son, like my father, was U.S. Ambassador to Russia. It was a great read.

The next book on my list was Barbara Tuchman’s “A Distant Mirror.” Since the subject was the black plague, it seemed equally timely. My literary friends all reinforced the general opinion that this was a wonderful book. But as I delved in, the problem was that at that moment, it seemed dense and far away. I decided to put it off for a while, and instead dove into a book about the troubles of Northern Ireland called “Say Nothing.” That book largely took place in Belfast, and included much murder, mayhem, and torture. While It dragged me into a dark and violent time, simultaneously it opened up a whole new world different from the peaceful and green Southern Ireland I had visited, but I loved it. What next?

Of course, you can’t just read serious books, so I was intermittently devouring mystery books. Those set in foreign countries — such as bucolic villages in England, and famous capital cities — I found especially appetizing. This time I followed Peter Robinson’s Inspector Banks as he sleuthed in Yorkshire, England, and also escaped into the rather gory thrillers by Mark Pryor, located in Paris and London.

Martha’s Vineyard has long been known as a center for writers and artists, and among the joys of Vineyard living have always been book parties, lectures, art exhibits, and theater. Several of my literary friends began making physical contributions to my reading list, and a pile of new books started to accumulate on my hall table. A strange Island tradition is the absence of doorbells, so masked friends would “knock and drop.” There was a big, fat book on Vladimir Putin, written by Fiona Hill, about Russia, where I had lived so many years as both a child and as an adult. Had even spent a rather grim half an hour alone meeting with Putin when he was vice mayor of Saint Petersburg, where his Artic glance chilled me to the bone.

Another Russian contender, obviously less serious, called “Pravda HaHa,” chronicled the outrageous adventures of a famous travel writer in Russia. A third entry soon followed, “Disappearing Earth,” by Julia Phillips. This very original book, about how the disappearance of two young girls affected a community, took place in Kamchatka, and was raved about by the donor. I was engrossed. Kamchatka had always been on my list of places to visit. Much to my surprise, I found my nephew Brandon in Atlanta, Ga., was reading it as well. Clearly an affinity with Russia runs in the family.

Gifts were followed by loaners. More knock and drops. First Honor Moore’s “Our Revolution,” a memoir about her life with her mother. The title puzzled me — what do revolutions have to do with mothers? So I put the book off that day. But the second loaner, another memoir, was much more fun. Titled “Fay Wray and Robert Riskin: A Hollywood Memoir,” written by Victoria Riskin, another Islander, it drew me right in. Fay Wray, the author’s mother, was the heroine of “King Kong,” but also starred in about 100 other movies. Fay managed to be a doting mother and devoted wife at the same time. Riskin’s book is hard to put down, and immerses you in the chaotic and creative world of early Hollywood, with a little stardust on the side.

While the pandemic has kept me at home, I have enjoyed my travels to colonial America, Belfast, Ireland, Yorkshire, England, Moscow, Kamchatka, and early Hollywood. And who knows where my next voyage will take me?

Grace Kennan Warnecke is the former chairman of the board of the National Committee on American Foreign Policy, and author of the memoir “Daughter of the Cold War.” She lives part-time in Vineyard Haven. 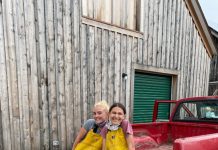 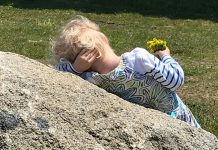 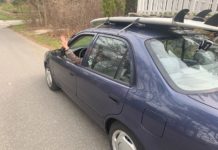 Coronavirus Chronicles: Are we waving to each other more? Or is it just me?