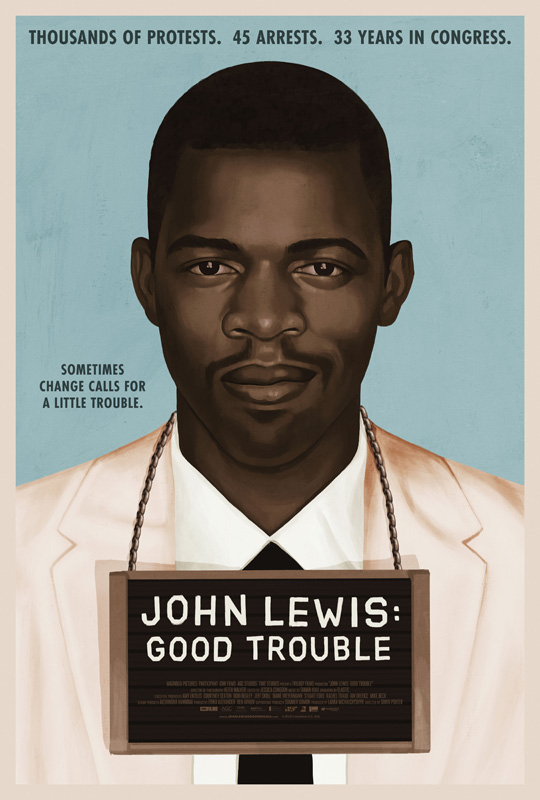 After many months of closure, the M.V. Film Center was set to reopen on Wednesday, July 8. Each staff member will be required to have a temperature check, and if necessary, will have to return home until they are well. Tickets must be purchased online in advance to avoid lines in the lobby or outdoors, which means no cash sales. And the theater will be cleaned and sanitized before and after each screening. To ensure social distancing of six feet or more, seating will be limited to staggered seating in rows and four seats between a group of up to four individuals. Viewers must use masks before and during each screening, and they should stay home if they have COVID-19 symptoms or have been exposed to anyone who has been tested positive for COVID-19.

This film was directed by Dawn Porter, a Vineyard summer resident, who began her career with the HBO documentary “Gideon’s Army,” which was nominated for Emmy and Independent Spirit Awards, and won the Ridenhour Award for best documentary. “John Lewis: Good Trouble,” about the celebrated civil rights figure, traces Lewis’s development from his early days as a Freedom Rider. He committed himself to nonviolent protest after spending time in Nashville, and participated in the March on Washington. Lewis was beaten by police and jailed after marching across the William Pettus Bridge in Selma, Ala., with other activists in 1965. It was just one of the many times he was arrested, and he urged followers to participate in “good trouble,” which became his rallying cry as well as the title of the documentary about him.

Many politicians, including Nancy Pelosi, Alexandria Ocasio-Cortez, Ayanna Pressley, Ilhan Omar, Cory Booker, and, last but not least, Bill and Hillary Clinton, pay tribute to him. The late Elijah Cummings was one of his many supporters, and the film is dedicated to him. Lewis ran for Congress against his friend and colleague Julian Bond, in a race he won. While relying on archival footage and many of the tributes he inspired, his activism is appropriate, considering the suppression of voter registration that is happening today. This documentary is a pleasure to watch, and is an appreciation of a man who has played a legendary role in the history of civil rights.

For information and tickets, see mvfilmsociety.com.