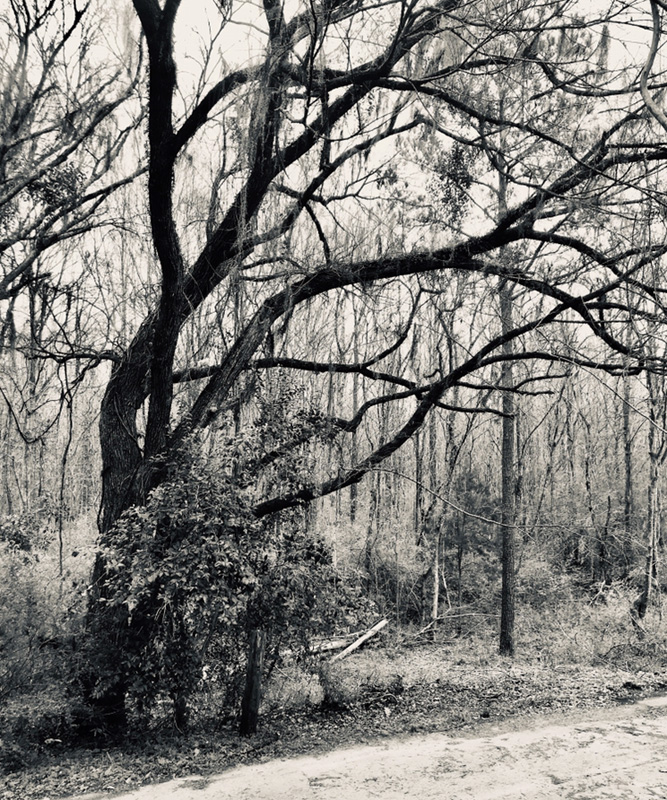 “We can’t recover from this history until we deal with it.”
–Bryan Stevenson, Equal Justice Initiative

I don’t think it was until I stood under a lynching tree in Selma, Ala., that I really stepped into my white privilege and began to feel a true understanding of the history of race in our country. The horrific images and sordid legacy of slavery, racism, and white supremacy are a painful reality, but one we must all look at directly if we are to understand how to shine our light of change.

I believe we all process and approach educating ourselves differently. For some it’s more cerebral, quiet, and internal, and for others it’s visceral, loud, and easy to hear. I make mistakes and sometimes say the wrong thing, but I have realized after failing many times that it’s better to speak up, ask questions, and risk making a mistake than it is to say nothing at all.

In January I traveled with several women from across the country to Montgomery, Ala., a place so deeply steeped in the shadow and scourge of racism that I felt the heavy weight of its past and present the moment I arrived.

I had jumped at the chance to be a participant on a racial history tour created by fellow Island resident Freedom Cartwright. I was inspired by her incredible knowledge and vision of creating journeys to the South exploring themes of race. I went seeking a history lesson, but like many important things we learn in life, I had no idea how broken open and shattered I would feel upon my departure, yet somehow empowered at the same time.

Suspended in Freedom’s orbit for five days in the Deep South, with a group of women I had never met, was like being launched into an unknown stratosphere.

Together we not only studied and looked into the eyes of the history of enslavement, civil rights, and racism but we sought to feel it. We stood beside one another and challenged ourselves to look at things, like this hauntingly beautiful lynching tree that is so infused with darkness and suffering — and not look away.

Freedom shared an exploration of these themes that was thorough, difficult, and cut deep. We stood where slave ships unloaded thousands of enslaved African families throughout the 1800s, and we walked the same route once lined with slave warehouses to the the center of town to the beautiful, majestic Court Square fountain. Today it bursts forth with water spouting in all directions from the mouths of angels and cherubs, but at one time it was one of the country’s most prominent and thriving slave auction sites. After arriving from Africa, families were paraded up the street to this site, torn apart from one another, and sold to the highest bidder.

We explored the undeniably dark underbelly of mass incarceration, and learned about the staggering statistics of the U.S. prison system. In particular, we learned about Alabama’s prison system, which has some of the highest incarceration rates and is home to many of the deadliest prisons in the country. We met with recently released prison inmates who, after having spent most of their lifetime locked away from society, are working to rebuild their lives.

We visited the state capitol building, and stood on the grand, white marble steps where on Feb. 18, 1861, Jefferson Davis was sworn in as the first and only president of the Confederacy. Years later in 1965, on those same majestic steps, Martin Luther King Jr. spoke to the masses after leading 25,000 marchers from Selma. The steps are a few feet away from the Dexter Avenue Baptist Church, where Dr. King’s activism grew out of his role as pastor, and that church is just five blocks from the spot where in 1955 Rosa Parks boarded that bus and refused to give up her seat to a white passenger. Yards away from that spot is the fountain I spoke of earlier.

Montgomery is just like that — a tapestry of history, horror, revolt, oppression, uprising, voices, art, writing, music, beautiful faces, and words all stuffed next to one another into one small, spectacular city.

Freedom’s gift to our group was her ability to be a catalyst for our experience of gaining knowledge, but ultimately the choice was ours. To take in the injustice, torture, and bloodshed is a arduous choice, and I know firsthand it’s much easier to just look away.

Our visit to Alabama provided a framework from which to learn and examine the traumatic history of more than 12 generations of enslavement and racism, which is very much alive today, but it also introduced us to incredibly inspiring activists, artists, and thought leaders in Montgomery who are making real change amid and despite the powerful darkness and evil that continues to exist in Alabama and throughout our entire country.

Montgomery has emerged as a national destination of reckoning with the racial injustices that continue to plague our nation. Sacred sites like the Legacy Museum, the National Lynching Memorial, and the work of Bryan Stevenson and his Equal Justice Initiative are things I had little knowledge of before I set foot in Montgomery. My ignorance before visiting this part of the country still takes my breath away. Spending time at these places changed my life, and I will never walk through this world the same way again.

Racism is deeply embedded into every inch of the fascia and sinew of our fractured country. It continues to ignite pain and oppression in all corners of the U.S., and certainly is not just limited to specific locations, but I will be forever grateful to Freedom and those amazing women for the gift they gave to me in Montgomery. It is a place where truth and history are being openly and unapologetically told and honored. It is because of this journey I can now see even more clearly how to move forward in my own life and in my community.

Of all the things I experienced in Alabama, it’s that lynching tree I think of most often. After walking over the infamous Edmund Pettus Bridge in Selma, I had some time to reflect on the other side. There was a man selling history books, and we got to talking. With kind, patient eyes, he said if I had time, I might walk down to the riverside where there stood a lynching tree. At his suggestion I started walking in the direction he pointed, because I have learned as a white, privileged woman I will never have the luxury of looking away again.

I so clearly remember tentatively approaching the tree and standing firmly on the ground with my hands on her trunk, looking up and forcing myself not to look away. I thought of all the things she had seen, experienced, and witnessed, which are some of the darkest and most traumatic moments of human history. However, each day her gnarled branches and hardened bark still keep growing, expanding, and leaning toward the light, hopeful that this day might bring about change.

I have come to believe that just like the lynching tree, this is my work too. Day by day, step by step, mistake by mistake, I must keep reaching out, speaking out, taking action, expanding and learning. I must venture to the hard places and never look away from the images, voices, and history that speak the truth of the legacy of systematic racism which continues to metastasize throughout every cell of our beautiful country’s ailing flesh.

I know I still have a lifetime of learning ahead of me, but I am certain I will continue moving forward each day. Every one of us has choices to make in terms of how we step into the truth, and only we know for ourselves what that looks like — it’s up to us to find our own path.

I imagine that someday soon, just like this magnificent tree, we will all lean toward the light and forge ahead a little bit further for a little bit longer, and together we will see the change we once believed impossible has finally come.

More about Freedom Cartwright, her work, and her racial healing journeys can be found at freedomrailtours.com.

Select board misfires on gun probe