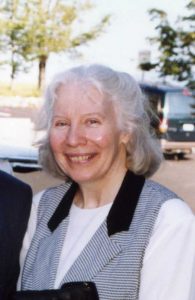 Born Roberta Lee Gilmore on July 13, 1946, in Quincy to John and Catherine (McCabe) Gilmore, Bobbie was the eighth child of nine. Bobbie attended Quincy public school before transferring to Catholic school, and then attended the college of St. Elizabeth in Convent Station, N.J. Bobbie was married on April 23, 1970, to James McKinley Ellis, and they had one child.

Bobbie received numerous work certificates and licenses, and a bachelor’s degree from Lesley College. Of all of those, her favorite was her hack license to drive a cab.

Bobbie had many fun adventures, whether it was with her siblings, her friends from the pipe bands, trips to the Jersey Shore with her sisters by choice. She made many trips and vacations with her nieces and nephews, and her dream trip to Scotland with her daughter and sister to explore their roots. Bobbie’s faith in God and love for her family and friends made her the beautiful woman she was. Bobbie loved to visit the island of Martha’s Vineyard, where her daughter lived. Due to a long battle with lung disease, Bobbie would find herself living out her days on the Vineyard.

Bobbie leaves behind her daughter Tiffany M. Ellis O’Neill and husband Stephen; her brother Joseph (Joyce); sisters, Ann Nissle (Don), Helen Roche (Jimmy), Janet Riley (Tom), Mary MacDonald (John), and brother-in-law Bill Parsley. Bobbie was predeceased by her siblings Judy Gilmore, James Gilmore, and Carol Gilmore Parsley. Bobbie also leaves behind 26 nieces and nephews; 40 great-nieces and -nephews and fortunately, way too many friends and caregivers to mention. She was loved by all, and touched so many lives.

A memorial will be held for Bobbie at a later date. In lieu of flowers, donations can be made in Bobbie’s name to Norwell VNA/Hospice or Visiting Nurses Assoc. of Cape Cod & Islands, or Boston Catholic Television.