Hot dog, it’s summertime and the “dog days of summer” are in full swing. It’s a great time to be on the Island, but also the hottest, most sultry days of the year. Ever wonder where the term “dog days” originated? To find out, we need to go back in history and have a look among the stars.

Centuries ago the ancient Romans and Greeks, from mid- to late summer, always kept a close eye on the sky’s brightest star, called the Dog Star, or Sirius, as we know it. Located in the Southern constellation Canis Major (meaning “large dog” in Greek), Sirius is referred to as the Dog Star because it makes up the nose of this dog-shaped body of stars. They believed that Canis Major was the larger of the two dogs used by Orion for hunting.

It was during this time that the early skywatchers noticed that Sirius rose and set in tandem with the sun. The two moved across the daytime sky together. They believed that this brilliant, glowing star, in conjunction with the sun, added a lot of extra heat to the earth. They thought this added heat was responsible for the droughts and sweltering weather they experienced during this period. They also believed this caused wild thunderstorms, lethargy, bad luck, and general unrest — “when dogs and men alike would be driven mad” by the extreme temperatures. The name Sirius actually comes from the Greek word “seirius,” meaning “searing.” At the same time, the ancient Egyptians also watched the Dog Star with a wary eye. They observed that the dawn rising of Sirius coincided with the Nile River’s flood season. They used this as a “watchdog” for this important annual event.

Of course we know now that the appearance of the bright Dog Star in the summer sky does not actually affect our weather, nor have much to do with dogs. But the “dog days of summer” lore continues in our vernacular, and in contemporary terms is often associated with dogs lazily lying around due to the season’s heat. Wall Street even has its own take on the phrase. The “dog days” on Wall Street refer to a slow time for the market, where poorly performing stocks are frequently known as dogs.

We do know on the Vineyard, though, these sultry “Sirious-ly hot dog days” are the coolest time of the year. Our long summer days are lovely; our beaches and waters just glorious. And it’s the perfect time to introduce the new Vineyard Seadogs calendar for 2021. It features dozens and dozens of new seadogs romping on the beach, playing in the surf, and doing what they do best … being the wet, joyous, comical characters we all know and love. It’s also full of fabulous Vineyard scenes, Island wildlife, and fun. It’s a truly fetching gift idea for anyone who loves nature, the Vineyard, and, of course, our canine companions. 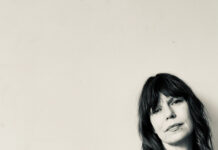