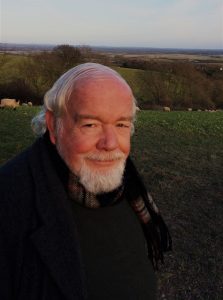 Richard was a local attorney who started his practice in Oak Bluffs in 1973. He was attracted to his profession by being able to help local people. He was one of the most diplomatic and genuine people one could meet, a straight talker with a great sense of humor and a kind heart.

Richard was born on Feb. 25, 1946, in Chester County, Pa., in the town of Romansville. He was a 1964 graduate of Downingtown High School, where he played the tuba in the marching band. He was also a gifted accordion player, an instrument which he began playing at the age of 5. During his teenage years, Richard and his family traveled up and down the Eastern Seaboard visiting historic places and putting on square dances with their family friend, Christian Sanderson, a well-known Chester County historian and fiddler. Richard and his brother played accordions at square dances while their sister led the dances, and Mr. Sanderson called the square dances and played the fiddle. Mr. Sanderson instilled a love of history and geography in Richard — an interest that stayed with him his whole life.

Richard graduated from Vanderbilt University in 1968 with a degree in political science. At Vanderbilt, he played the tuba and sousaphone in the Vanderbilt Marching Band and the Peabody Wind Ensemble. He went on to study law, and received his Juris Doctor from Syracuse University College of Law in 1972. While in law school, he met his wife, Carole, who was also a student at Syracuse. They were married in 1972. Carole’s family owned a summer cottage in the Martha’s Vineyard Camp Meeting Association in Oak Bluffs, and the Vineyard felt like a natural place for them to live after getting married.

Music continued to be a constant in Richard’s life while living on Martha’s Vineyard. He played the accordion in a three-piece Island band called the Vintage throughout the 1970s and 1980s. He also played the tuba in the Vineyard Haven Band for a number of years. Aside from the occasional birthday and family gathering, in more recent years — and much to his delight — Richard would bring out his instruments and play for his grandchildren, hoping to instill a love for music much like his own.

In the late 1980s, Richard and Carole bought a 150-year-old farmhouse on 50 acres in Freedom, Maine. Restoring it became a favorite family pastime, as well as a source for some classic family stories. Maine was one of Richard’s favorite places to be, and he and Carole were in the midst of their long-talked-about major renovation (which he designed and for which he drew the plans) at the time of his passing.

Richard was a longtime member of the United Methodist Church of Martha’s Vineyard, and in the summertime he also enjoyed attending the Tabernacle services at the Martha’s Vineyard Camp Meeting Association. He valued religion, and his favorite book of the Bible, perhaps befittingly, was Ecclesiastes. Richard’s father died unexpectedly at the age of 52, and each year he lived beyond that age he considered a gift. “However many years a man may live, let him enjoy them all” (Ecclesiastes 11:8). Indeed, it would be hard to find a person who aged more gracefully and appreciatively than Richard.

Richard is survived by his wife of 48 years, Carole, of Oak Bluffs, as well as his children, James Walton (Rachel) of Halland, England; Anna Walton of New Orleans, La.; and Catherine Walton (Kyle Anderson) of Oak Bluffs. He is also survived by five grandchildren, Lucy, Emily, and Thomas Walton, and Julian and Miles Anderson. He is survived by his sister, Jane Pusey, and her partner, Steve Benner; sister-in-law, Robin Barrett, and her husband, Michael; brother-in-law, David Kish, and his partner, Mariko Kawaguchi; sister-in-law Mary Lou Kish; as well as many nieces, nephews, and cousins. He was predeceased by his mother and father, Sara and Francis Walton, as well as his brother, John Walton.