John (“Jack”) Kelley, the inaugural head coach of Martha’s Vineyard high school football and a famed hockey coach with Boston University and the New England/Hartford Whalers, died on Tuesday at the age of 93.

In 1953, Kelley taught physical education at the Tisbury School, and had an idea of establishing an Island football team. At the time, the Vineyard had three separate high schools, one each in Tisbury, Oak Bluffs, and Edgartown. Kelley didn’t think that enough players could be assembled for three teams, and approached Superintendent Chester Sweatt about creating an all-Island football team. Through persistence, Kelley got his wish, and became the head coach, with Dan McCarthy and Stan Whitman his assistants. The Vineyard played a seven-game schedule against the likes of Ashland, Somerset, Bourne, Provincetown, and Nantucket.

After a rousing 21-15 win over Bourne, the Vineyard team traveled to Nantucket on Nov. 20, 1953, for their first-ever gridiron clash with the Whalers. Kelley’s charges played well in a 33-20 loss, and held the Whalers to a 0-0 tie at Veterans Park in Vineyard Haven the following season. The series went on hiatus until 1960, following the establishment of Martha’s Vineyard Regional High School in 1959, and has since become one of the nation’s great high school football rivalries.

Kelley went on to become a renowned hockey coach, earning NCAA Coach of the Year honors at Colby College in 1961–62, and leading his alma mater, Boston University, to six Beanpot titles and two NCAA championships in 10 seasons. In 1972, Kelley entered the professional ranks, becoming head coach and general manager of the New England Whalers in the World Hockey Association (later the NHL Hartford Whalers and Carolina Hurricanes), winning one championship and WHA Coach of the Year for the 1972–73 season. He left the Whalers in 1975 and returned as GM from 1977 to ’81.

Kelley spent the remainder of his career in professional hockey as the director of hockey operations for Adirondack of the American Hockey League (1982–93) and president of the Pittsburgh Penguins (1993–98) before retiring and settling in Maine.

Kelley was inducted into the U.S. Hockey Hall of Fame in 1993.

With all of his accomplishments in hockey, Kelley said in a 2006 interview with the Times that the birth of Vineyard football remained one of his proudest moments. 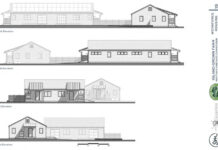